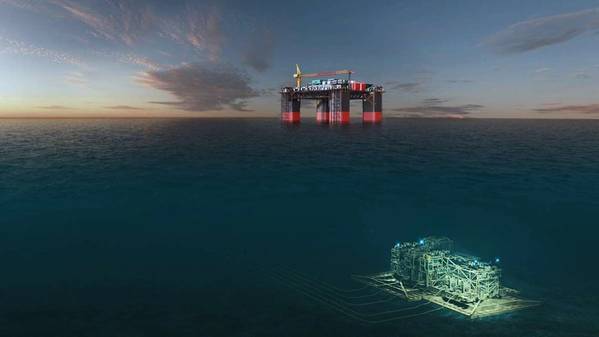 South Korean shipbuilder Daewoo Shipbuilding & Marine Engineering has said it has secured an order worth 656.1 billion KRW ($553,4 million) from Chevron to build an offshore facility for the Jansz-Io gas field development offshore Australia.

The company said the order was for a gas field control facility capable of supplying electric power to and controlling the gas field in operation.

The facility will be built at the Okpo Shipyard in Geoje and be completed by the third quarter of 2025. The gas field will supply gas to the Australian Gorgon LNG plant operated by Chevron.

Chevron as the operator of the Gorgon gas project, with its partners, in July agreed to proceed with the Jansz-Io Compression (J-IC) project, offshore W. Australia. The investment is estimated at around $4 billion.

The Jansz–Io gas fields are located within production licenses WA‐36‐L, WA‐39‐L, and WA‐40‐L approximately 200 km off the north‐west coast of Western Australia in water depths of approximately 1,350 meters.

A modification of the existing Gorgon development, J-IC will involve the construction and installation of a 27,000-tonne normally unattended floating Field Control Station (FCS), approximately 6,500 tonnes of subsea compression infrastructure, and a 135km subsea power cable linked to Barrow Island.