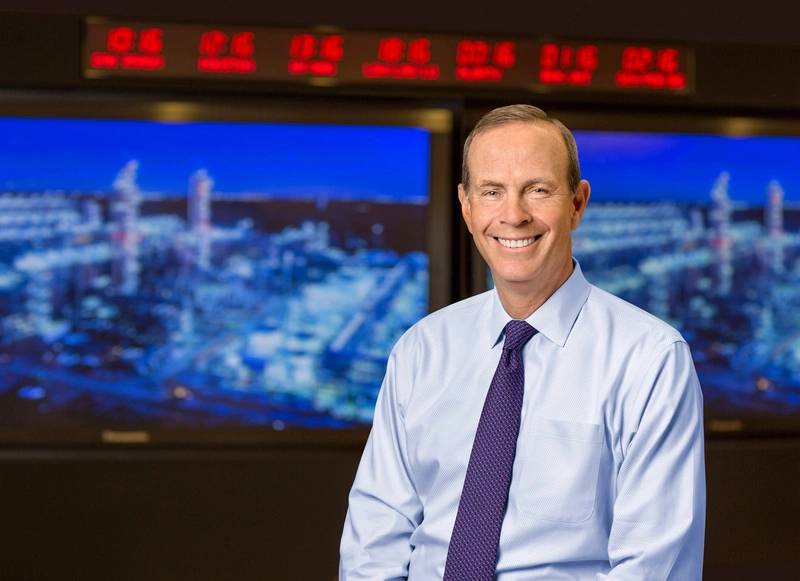 Chevron and its peers have slashed spending budgets this year on plummeting demand and crude oil prices that remain about 40% below where they began the year. Royal Dutch Shell Plc and BP Plc also posted higher-than-expected quarterly results after deep expense cuts this year.

The second-largest U.S. oil producer reported earnings of $201 million, or 11 cents per share, excluding one-time items. That compared with a profit of $2.9 billion, or $1.55 per share, a year earlier. Net loss including the effect of foreign exchange and charges was $207 million.

Chevron Chief Financial Officer Pierre Breber said it was too soon to say the worst of the pandemic-related decline in oil demand was over.
The outlook for energy consumption “depends on when the world – this country and other countries – get control of the pandemic and those activities resume. We don’t know when that’s going to be,” Breber said.

Chevron is near the end of a year-long restructuring of its operations to reflect a prolonged period of low prices, Breber said. The effort will reduce its workforce by up to 15% of its 45,000 person staff.

Despite lower volumes, it posted modest operating profit in oil and gas production and refining by cutting expenses 12% and spending on new projects by 48%, excluding acquisitions, both from year-ago levels.

That helped offset cheaper fuel. While its oil sold last quarter for 63% more than in the second quarter, it still was well below the $47 a barrel price received a year ago.

“Third quarter results were down from a year ago, primarily due to lower commodity prices and margins resulting from the impact of COVID-19,” said Michael K. Wirth, Chevron’s chairman of the board and chief executive officer. “The world’s economy continues to operate below prepandemic levels, impacting demand for our products which are closely linked to economic activity.”

“We remain focused on what we can control – safe operations, capital discipline and cost management,” Wirth continued. “Compared to last year’s third quarter, organic capital expenditures and operating expenses were down 48 percent and 12 percent, respectively.”

Chevron’s oil and gas production in the third quarter was down 7%, compared with a year earlier, reflecting asset sales, curtailment due to low prices and contract agreements. Refining volumes recovered from a sharp second-quarter drop, while remaining below year-ago levels.

The company continues to give priority to its shareholder dividend even as cash flow from operations fell 57% from a year ago and turned negative in the third quarter.

In the top U.S. oil field, the Permian Basin shale field, Chevron expects output to dip to around 550,000 barrels of oil and gas per day, from 565,000 barrels per day this quarter, Breber said. It is likely to keep production there flat until the global economy recovers.