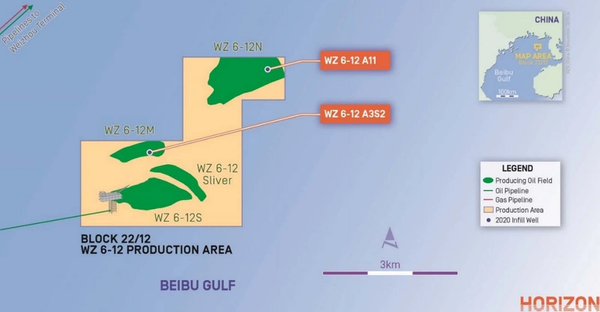 The news was shared Friday by CNOOC’s partner Horizon Oil, which said that the two well infill drilling program was targeting undeveloped reserves in the WZ6-12 area, including the WZ6-12-A11 well into the producing WZ6-12 North field, and the WZ6-12 A3S2 well into last year’s WZ6-12 M1 discovery.

Both wells are being drilled from the existing WZ6-12 platform with one well side-tracked from an existing wellbore, and the other drilled from a recently completed rig slot extension.

The two wells will tie into existing facilities and are expected to deliver a combined total rate of ~1,900 bopd gross to the existing WZ6-12 production facility.