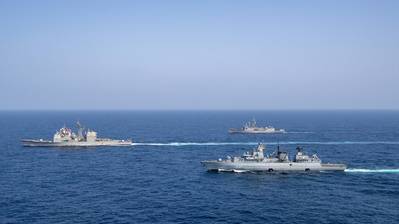 China has denied a German warship entry into a local harbor, a German foreign ministry spokesperson said on Wednesday.

The ship involved is the “Bayern” frigate, the spokesperson told a news briefing, but did not identify the Chinese harbor. The vessel set sail from Germany last month for a six-month mission to the South China Sea.

“China has decided that it does not want a harbor visit, and we took notice of that,” the spokesperson said.

China’s defense and foreign ministries did not immediately reply to request for comment on Wednesday evening in Beijing.

China claims swathes of the South China Sea and has established military outposts on artificial islands in the waters that contain gas fields and rich fishing, but the territorial claims are contested by some Western nations.

Berlin has made it clear that the Bayern mission serves to stress the fact Germany does not accept China’s claims, though officials have said the German navy will stick to common trade routes. read more