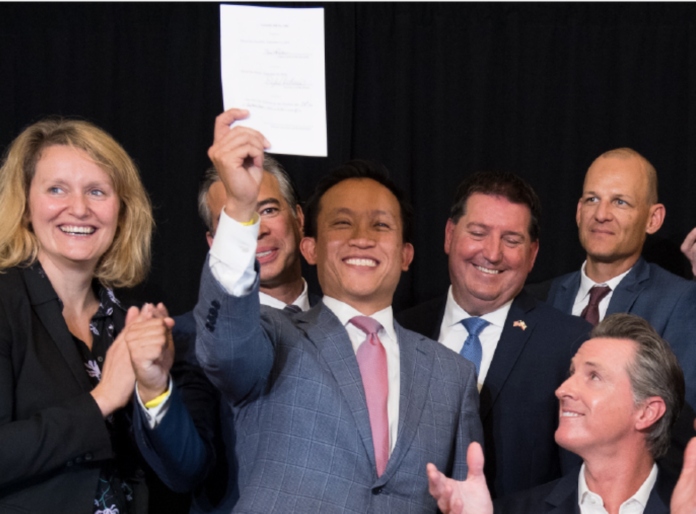 California Assemblymember David Chiu has introduced a bill to the state legislature that aims to utilize California’s vast potential of offshore wind energy, according to a recent article published by Bay City News.

Chiu’s proposed legislation lays out a path for the procurement of 10 GW of offshore wind power by 2040 – as well as setting up guidelines and parameters for state agencies working with offshore wind infrastructure, notes the article.

“If the total technical potential for offshore wind capacity along the California coast were built out, the state could see approximately 112 GW of new clean energy,” the article reports a press release from Chiu’s office as saying. “Offshore wind is the perfect complement to California’s existing solar capacity. When the sun sets and solar stops producing, wind picks up, allowing offshore wind turbines to produce energy throughout the night and late afternoon during peak usage hours.”

In order for California to achieve its goal of having a carbon-free electric system by 2045, the state would need an estimated 140 GW of new clean energy, according to Chiu’s press release. The State Building and Construction Trades Council of California, which represents almost half a million construction workers in the state, is among the bill’s cosponsors.

Chiu’s bill promoting California’s offshore wind potential is expected to be heard later in the year at the assembly’s policy committee.