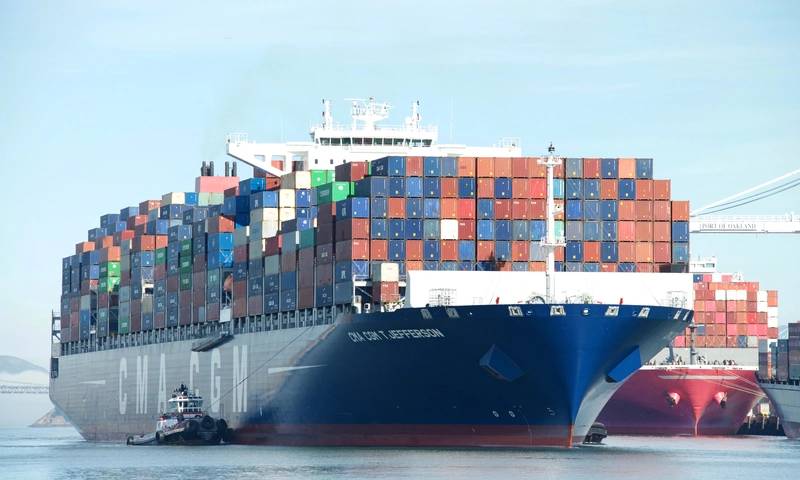 Container shipping group CMA CGM on Friday reported higher second-quarter profits and said it expects results to improve again in the current quarter as the shipping sector recovers quickly from disruption caused by the coronavirus pandemic.

French-based CMA CGM recorded a net profit of $136 million for the second quarter compared with a year-earlier $109 million loss.

Core earnings before interest, tax, depreciation and amortisation rose 26% to $1.2 billion as favourable freight rates and reduced costs, linked to lower oil prices and an efficiency programme, offset a drop in sales caused by the coronavirus crisis.

Shipped volumes fell 13.3% compared with the year-earlier quarter but the decline was less than the 15% drop CMA CGM had initially forecast.

“As lockdown measures were gradually lifted, carried volumes bounced back strongly as of May under the combined effect of inventory rebuilding and the sharp recovery in the consumption of goods, notably in the United States,” it said in a statement.

“The current strong momentum of the shipping market, driven by both volumes and freight rates, should allow the Group to further significantly improve its operating margin compared with the second quarter.”

The recovery in activity, which also reflected a boom in e-commerce sales and a switch to sea freight by some businesses faced with halted air routes, should limit a drop in the container shipping sector’s volumes in 2020 to 3-5%, Michel Sirat, CMA CGM’s chief financial officer, said by telephone.

The group was aiming for a return to profit at CEVA by the end of the year after its logistics subsidiary narrowed its loss in the second quarter, Sirat said, adding CMA CGM had used 300 million euros ($354 million) of a 1 billion loan backed the French state towards a capital increase at CEVA.

In Lebanon, he said the company had resumed normal calls at Beirut port after last month’s blast that devastated part of the city but which caused limited damage at the container terminal.