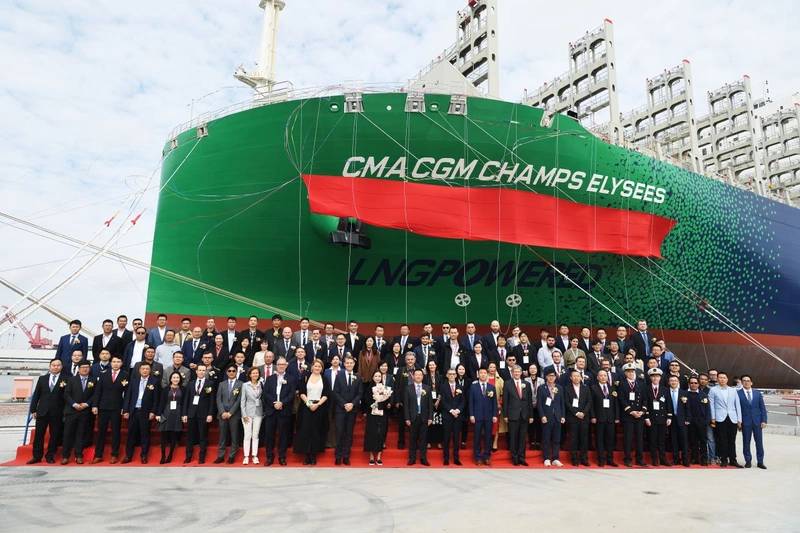 The newbuild, which follows flagship CMA CGM Jacques Saadé delivered in Setember, is part of a series of nine ordered by the French shipping line from CSSC’s shipyard in Shanghai, designed as the world’s most efficient ultra large container vessels.

LNG fuel, which enables a 99% reduction in sulfur dioxide and fine particle emissions and an 85% reduction in nitrogen dioxide emissions, is a key component of the CMA CGM Group’s environmental ambitions. The group has previously outlined its objective to be carbon neutral by 2050.

In addition to the cleaner LNG-burning engines, the nine ultra-large (400 meters long and 61 meters wide) box ships feature a redesigned straight bow with an integrated bulb, a redesigned rudder, and a redesigned propeller all of which substantially improve the vessels hydrodynamics, thereby reducing energy consumption.

The Bureau Veritas-classed vessels will be registered at the French International Register (FIR). They will bear the names of landmark Parisian monuments and other renowned venues and institutions from throughout the French capital: Champs Elysées, Palais Royal, Louvre, Rivoli, Montmartre, Concorde, Trocadéro and Sorbonne.

CMA CGM has chosen Total to supply the LNG fuel