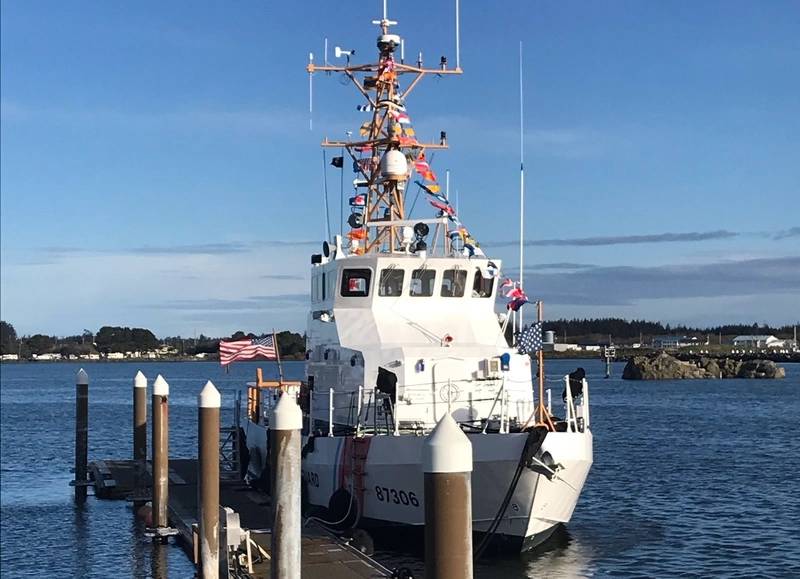 “I would like to thank my crew and all previous sailors for bolstering her highly successful service life,” said Lt. Rebecca Cotton, the Dorado’s commanding officer, during a decommissioning ceremony in Crescent City, Calif. “They made the Dorado an unforgettable cutter in which to serve the West Coast for the past 23 years. Equally important are our partners at the 11th Coast Guard District, Coast Guard Sector Humboldt Bay and the city of Crescent City. I would like to extend tremendous thanks as Dorado’s success throughout the years would not have been possible without their support.”

The Dorado was built in 1998 by Bollinger Machine Shop and Shipyard, Inc. in Lockport, La. Once construction was complete, Dorado’s crew transited the ship through the Panama Canal to reach its new homeport in Crescent City where it was officially placed into commission.

During Dorado’s time in service, the crew completed more than 135 search and rescue cases and 1,000 law enforcement and fishery boardings.

“The Coast Guard Cutter Dorado and her crew have been vital to our mission of safeguarding the waters of Northern California,” said Capt. Mark Hiigel, the Sector Humboldt Bay commander. “No matter what was asked of them, they answered the call and I am extremely grateful for their hard work and dedication. Dorado will be missed along our coast. However, we always stand ready to ensure the safety and security of our waterways.”

Dorado’s crew is scheduled to sail the ship to Baltimore where it is slated to be turned in to the Foreign Military Sales program.

The Coast Guard commissioned four 154-foot fast response cutters in California between 2018 and 2019, which operate along California’s entire coast and international waters off Mexico and Central America conducting missions such as search and rescue, fishery patrols, national defense and port, waterways and coastal security.