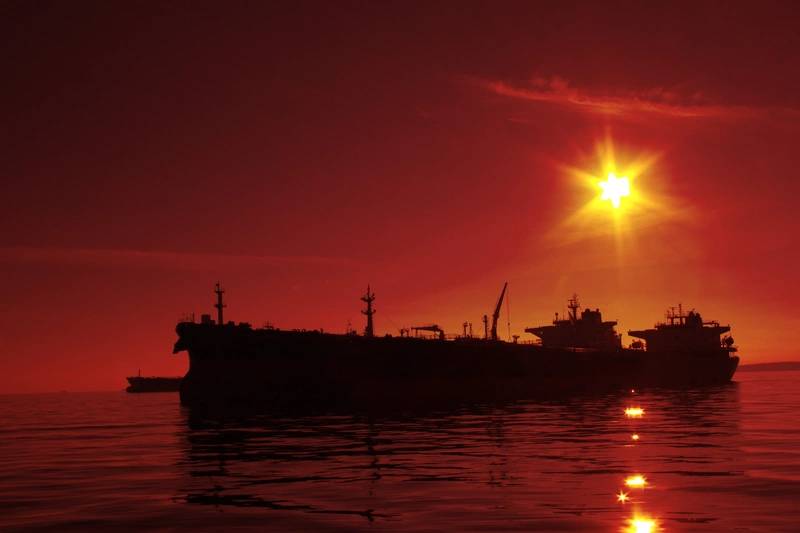 Iran
History of Iran sanctions: The first U.S. sanctions on Iran were imposed in 1979 in response to the U.S. embassy hostage crisis, but these were fully revoked in 1981 as part of the negotiation for the release of the hostages. The current sanctions regime began in 1987 when the U.S. banned most Iranian imports, and was expanded in 1995 to cover most trade between the two countries. In 1996, the Iran Sanctions Act (originally the “Iran and Libya Sanctions Act”) introduced for the first time “secondary sanctions” against Iran, targeting non-U.S. persons who invested in the Iranian petroleum sector. Nevertheless, these secondary sanctions were subject to limited enforcement, and for many years no one was found in violation. One small but important change to the Iran sanctions regime occurred in 2008, when the U.S. revoked the “U-turn” exception, which had permitted U.S. dollar transactions with Iran, so called because U.S. dollar wires were initiated by a non-U.S. bank, transited into the U.S., and then made a “U-turn” back out of the U.S. After the U-turn exception was repealed, parties could no longer deal with Iran using U.S. dollars.

The escalating secondary sanctions beginning in 2010, as well as several eye-popping enforcement actions by OFAC resulting in fines of hundreds of millions, or even billions, of dollars, created a significant chilling effect on global trade with Iran. As a result, Iran entered into negotiations with the U.S. and other parties, culminating in 2015 with the Joint Comprehensive Plan of Action (JCPOA), known informally as the “Iran Nuclear Deal.” In exchange for Iran’s scaling back its nuclear program, the JCPOA provided for the waiver or revocation of most U.S. secondary sanctions on Iran (along with certain UN and EU sanctions). The JCPOA also provided limited U.S. primary sanctions relief, largely relating to certain imports of Iranian products to the U.S. and the provision of goods and services in support of Iranian civil aviation, as well as a license for non-U.S. subsidiaries of U.S. persons to deal with Iran more broadly. The JCPOA sanctions relief went into effect in January 2016.

While Iran’s economy was undoubtedly helped by the lifting of sanctions, the benefits were not as pronounced as some had predicted. This was due in part to the continued prohibition on using U.S. dollars, as well increasing sensitivity in dealing with countries subject to U.S. sanctions, even when no U.S. persons were involved. Meanwhile, the U.S. continued to impose limited sanctions targeting Iran’s support for Bashar Assad in the Syrian Civil War, its ongoing support for the militant group Hezbollah, and its human rights violations. In 2017, a bipartisan U.S. Congress enacted the Countering America’s Adversaries Through Sanctions Act (CAATSA), which was most noteworthy for its inclusion of sanctions on Russia, but also targeted Iran and North Korea with additional sanctions.

Donald Trump campaigned heavily against the JCPOA, and made multiple threats that the U.S. would pull out. In May 2018, President Trump made good on his threat, implementing a staged withdrawal from the JCPOA that culminated in November 2018. As a result of the withdrawal, by November 2018, all or almost all of the U.S. primary and secondary sanctions that had been lifted under the JCPOA were reinstated. In a minor concession, the U.S. issued a waiver that permitted a limited quantity of Iranian crude oil to be exported to a handful of countries, but this waiver was revoked in May 2019. The Trump Administration has since expanded the sanctions yet further, going beyond the pre-JCPOA sanctions by targeting certain metals, as well as Iran’s construction, mining, manufacturing and textiles sectors. The Trump Administration has also directly targeted Iran’s Supreme Leader, Ali Khamenei. In response, Iran has indicated that it will no longer comply with some of the JCPOA’s limitations on nuclear activity.

The EU has attempted to salvage the JCPOA by implementing the “Blocking Statute,” prohibiting EU persons from complying with U.S. secondary sanctions on Iran. We will address the Blocking Statute in a later article.

Most recently, the U.S. attempted to enforce the “snapback” provisions of the JCPOA by causing the UN Security Council to extend arms restrictions on Iran set to expire in October 2020 under the JCPOA, notwithstanding the fact that the U.S. withdrew from the JCPOA in 2018. As a result, the U.S. has publicly declared that the UN sanctions are now in effect, while the other Security Council members have denied the validity of the U.S. actions. On September 21, 2020, the U.S. imposed new secondary sanctions targeting parties that provide arms to Iran. However, these sanctions were largely duplicative of currently existing sanctions. It is unclear what further steps, if any, the U.S. will take in this regard.

Current Iran sanctions: Current U.S. sanctions against Iran are broad and far-reaching. Primary U.S. sanctions, which apply to U.S. persons (but still have substantial extraterritorial effect due to the prohibition on U.S. dollars and “facilitation”) have been fully reimposed, so the limited Iranian exports to the U.S., U.S. goods and services in support of Iranian civil aviation, and ability of non-U.S. subsidiaries of U.S. persons to transact with Iran, have all been repealed. Furthermore, secondary sanctions targeting multiple Iranian economic sectors, most notably oil and gas and shipping/shipbuilding/ports apply to prevent non-U.S. persons from dealing with these sectors.

Secondary sanctions typically target “significant” or “material” transactions “knowingly” undertaken with the targeted sectors or persons. Hypothetically, a very small transaction is unlikely to trigger the full weight of U.S. secondary sanctions on Iran. Nevertheless, given the potential catastrophic consequences of a violation, most worldwide parties are unwilling to take the risk, and have forestalled all trade with Iran involving prohibited sectors or persons (and many have cut off trade with Iran altogether).

Any hope there may have been that the secondary sanctions could be downplayed was shattered in September 2019, when the U.S. imposed sanctions on COSCO Shipping Tanker (Dalian) Co., Ltd. (COSCO Dalian), a significant shipping subsidiary of Chinese conglomerate COSCO Shipping, for surreptitiously trading with Iran (the U.S. also sanctioned several smaller players who had dealt with Iran). The effect on global shipping was profound. Multiple parties in the shipping community scrambled to adjust to COSCO Dalian’s new status as a blacklisted entity, and tanker rates soared. Belatedly, in December 2019, the U.S. issued limited relief permitting parties to wind down their operations with COSCO Dalian. The main sanctions against COSCO Dalian were lifted in January 2020, although sanctions against a smaller affiliate remain in effect.

The future of Iran sanctions: Much depends on the forthcoming U.S. presidential election. In the event that Donald Trump wins re-election, it seems safe to predict that there will be no significant easing of sanctions, absent a major geopolitical shift in Iran’s government. In contrast, Democratic nominee Joe Biden has stated publicly that he would re-join the JCPOA if Iran returns to full compliance. A Biden victory would result in several questions regarding the particulars of the JCPOA, such as whether there would be any changes to the deal, as well as the timing of sanctions relief. It is noteworthy that former President Obama negotiated the JCPOA in the face of substantial domestic U.S. opposition, and a future President Biden would likely face similar pushback.

Even if the JCPOA is fully restored, it seems likely that much of the shipping community will be cautious in re-engaging with Iran, cognizant of the ongoing risks. Otherwise, we can all look to know more after the U.S. election, scheduled for November 3, 2020.

Syria
U.S. comprehensive sanctions on Syria were enacted in 2011 following the onset of civil war in that country. These sanctions prohibited most trade between the U.S. and Syria, as well as preventing the use of U.S. dollars in dealing with Syria. Unlike Iran, Syria was not initially the target of secondary sanctions, so non-U.S. persons could generally continue dealing with Syria, albeit carefully, due to the wide extraterritorial effect of U.S. sanctions.

In 2018 and 2019, the U.S. issued several “maritime advisories” cautioning the shipping community of risks in dealing with Syria, and listing ships that had traded oil to or engaged in ship-to-ship transfers of oil that ended up in Syria. We will discuss these advisories in a later article.

In 2019, Congress enacted the “Caesar Syria Civilian Protection Act,” which was incorporated into the National Defense Authorization Act, the military budgeting legislation that always has bipartisan support. The Caesar Act (so-named after a pseudonymous photographer who documented atrocities in the Syrian Civil War) imposed secondary sanctions on non-U.S. persons who engage with the Syrian government in relation to the military (including aviation that can be used for military purposes), oil and gas, and construction and engineering sectors. The sanctions seem designed to inhibit the rebuilding of Syria following the Syrian Civil War. Hypothetically, and in contrast to the Iran sanctions, the Caesar Act sanctions target only transactions involving the Syrian government, so purely private sector transactions would be permitted. Nevertheless, given the outsize role of the Syrian government in the national economy, it would be difficult as a practical matter to engage in transactions in these sectors without dealing with it.

North Korea
North Korea is subject to extremely far-reaching U.S. primary and secondary sanctions, prohibiting almost all trade with the U.S., and targeting most of the country’s economy with secondary sanctions. Nevertheless, U.S. sanctions against North Korea are of minimal impact on the shipping community, given the substantial UN sanctions against it also, and very limited trade with the nation generally. Most of the global shipping community has no desire to do business with North Korea, so the effect of U.S. sanctions is largely moot.

Comprehensive sanctions: past and future
The list of countries and territories subject to comprehensive sanctions changes less frequently than other sanctions lists, but there have been changes over time. Most recently, in 2017, Sudan was removed from the list, so U.S. persons generally are now permitted to engage in transactions with Sudan, including the Sudanese government, subject to the remaining limited sanctions (it is noteworthy that Sudan remains subject to comprehensive U.S. export controls, so there are still significant prohibitions on exporting or reexporting U.S. or U.S. origin goods to the country). Previous sanctions programs targeting Myanmar and Libya (and further back, Iraq and Former Yugoslavia) have also been lifted. The most recent comprehensive sanctions program may be thought of as Venezuela in 2019, although Venezuela sanctions are technically not comprehensive. Otherwise, the most recent target is Crimea in 2014.

It may be difficult to predict what countries will be added to or deleted from the comprehensive sanctions list. Considerations often include both complex geopolitics and U.S. domestic politics. The shipping community should continue to follow changes in sanctions closely.

Frequently asked questions
Can non-U.S. shipping companies trade with Iran without violating U.S. sanctions?
Yes, but it’s difficult. First, U.S. persons and dollars can’t be involved. Second, the cargo can’t be part of a prohibited sector, most importantly, oil and gas, but also certain dry bulk metals and materials. Third, none of the parties involved (including consignees/receivers) can be prohibited persons or owned or controlled by prohibited persons, including Iran’s Supreme Leader, as well as the Islamic Revolutionary Guard Corps (IRGC). Also, there may be substantial business or contractual impediments to trade. That said, a trade to or from Iran involving no sanctioned goods or persons and no U.S. persons generally would be permitted. For this purpose, payment of routine port fees to government officials (but not payments to the IRGC or other entities designated as terrorists, and not payment of bribes) would generally be permitted.

Can non-U.S. shipping companies trade oil or gas to or from Syria without violating U.S. sanctions?
Probably not. Although the secondary sanctions target only transactions with the Syrian Government, because it largely controls the oil and gas sector, it would be difficult to get comfort that a trade to or from Syria did not involve it.

This article is part of a series focused on the application of U.S. sanctions to the shipping community.