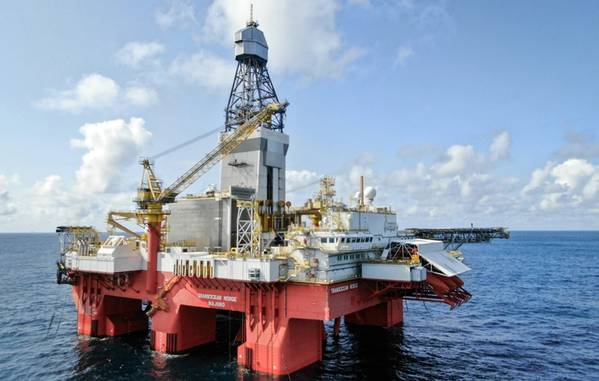 Well 6507/5-11 was drilled by the Transocean Norge drilling rig Photo: Transocean (via NPD)

U.S. oil company ConocoPhillips has reduced the estimate of the size of its Slagulge oil and gas discovery in the Norwegian Sea, after a nearby appraisal well came up dry.

To remind, ConocoPhillips in December 2020 said it had made a „significant“ oil and gas discovery at the Slagugle prospect located 14 miles north-northeast of the Heidrun Field in the Norwegian Sea. The discovery was made by the Leiv Eiriksson semi-submersible drilling rig, which has since been retired.

Now, using the Transocean Norge semi-submersible drilling rig, ConocoPhillips drilled the appraisal well 6507/5-11, to test the size of the Slagulgle.

The appraisal well was drilled in a water depth of 351 meters, about 22 kilometers northeast of the Heidrun field, and about 270 kilometers north of Kristiansund. The well is dry.

Preliminary estimates placed the size of the Slagugle discovery at between 75 million and 200 million barrels of recoverable oil equivalent. Now, the estimate has been reduced.

“Preliminary estimates indicate that the size of the discovery is between 6 and 13 million standard cubic meters (Sm3) of oil equivalent. Collected data will be analyzed and future delineation and possible development will be considered,” the Norwegian Petroleum Directorate said. 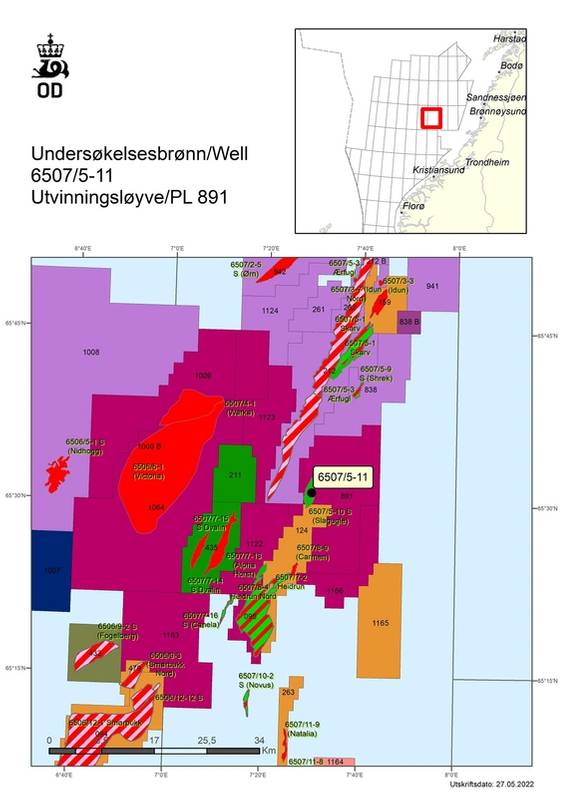