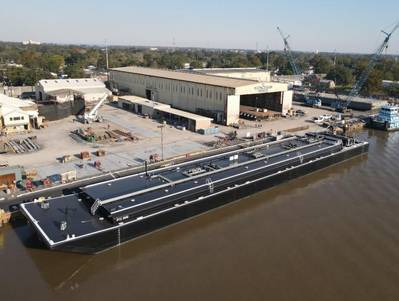 Conrad Shipyard announced Thursday that it has delivered two 30,000 BBL asphalt barges to Parker Towing of Tuscaloosa, Ala.

The barges are designed to meet the requirements of a Type ll and lll hull design, and authorized for the carriage of Grade A and lower products, Subchapter D and limited Subchapter O products on rivers, lakes, bays and sounds.