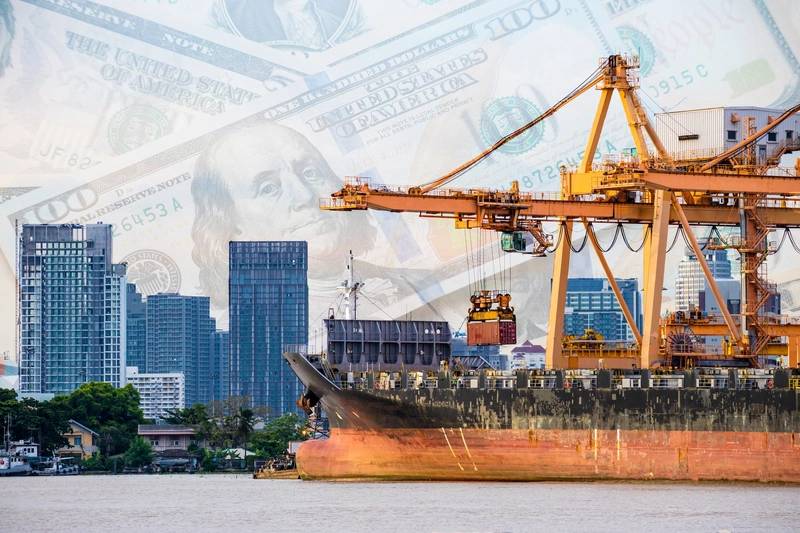 Container shipping rates from China to the United States have scaled fresh highs above $20,000 per 40-foot box as rising retailer orders ahead of the peak U.S. shopping season add strain to global supply chains.

Typhoons off China’s busy southern coast in late July and this week have also contributed to the crisis gripping the world’s most important method for moving everything from gym equipment and furniture to car parts and electronics.

“We have not seen this in shipping for more than 30 years,” he said, adding he expected the “extreme rates” to last until Chinese New Year in 2022.

The spot price per container on the China-U.S. East coast route – one of the world’s busiest container lanes – has climbed over 500% from a year ago to $20,804 this week, freight-tracking firm Freightos said. That compares to just under $11,000 on July 27.

Ding Li, president of China’s port association, told Reuters the spike followed a rebound in COVID-19 cases in other countries, which has slowed turnover at some major foreign ports to around 7-8 days.

The surging container rates have fed through to higher charter rates for container vessels, which has forced shipping firms to prioritise service on the most lucrative routes.

“Ships can only be profitably operated in the trades where freight rates are higher, and that is why capacity is shifting mostly to the U.S.,” said Tan Hua Joo, executive consultant at research consultancy Alphaliner.

Some shippers have reduced volumes in less profitable routes, such as the transatlantic and intra-Asia, said Damas.

“This means that rates on the latter are now increasing fast.”

The rate surge is the latest reflection of disruptions since COVID-19 slammed the brakes on the global economy in early 2020 and triggered huge changes to the flows of goods and healthcare equipment around the world.

“Every time you think you’ve come to an equilibrium, something happens that allows shipping lines to increase the price,” said Jason Chiang, Director at Ocean Shipping Consultants, noting the Suez canal blockage https://www.reuters.com/world/asia-pacific/how-giant-container-ship-is-blocking-suez-canal-2021-03-25 in March had played a major role in allowing firms to hike rates.

“There are new orders for shipping capacity, equal to almost 20% of existing capacity, but they will only come online in 2023, so we will not see any serious increase in supply for two years,” Chiang added.

(Reuters reporting by Roslan Khasawneh in Singapore and Muyu Xu in Beijing. Editing by Gavin Maguire and Barbara Lewis)