A vessel that formerly operated as an oil spill response vessel has been converted to a pilot station vessel and delivered to the United New York & New Jersey Sandy Hook Pilots Association.

The conversion work was performed by Feeney Shipyard of Kingston, N.Y., and design and engineering work for the project was led by JMS Naval Architects, of Mystic, Conn.

The 208-foot vessel, previously known as Maine Responder, has been renamed New York, and it will go to work for the Sandy Hook pilots, which operates a 24/7, 365 days a year operation on Pilot Station at Ambrose, located over 25 nautical miles east of the entrance of New York Harbor. 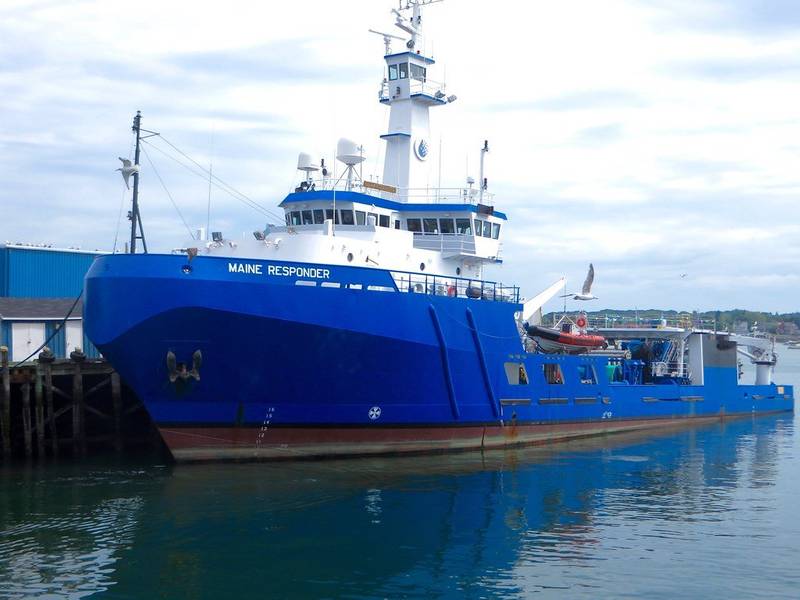 JMS’ work began by surveying the vessel ahead of the vessel purchase to assess its general condition and suitability to being converted to a pilot station boat. A comparative seakeeping analysis was also performed to determine the OSRV’s motion characteristics while on station.

In general, the conversion design included extensive modifications to remove the oil recovery systems, add a large deck house for the pilot berthing, lounge and mess, and incorporate operational capabilities specific to the pilots’ mission.

Other modifications included the addition of a port rescue station with net recovery system, deck de-icing systems at port and starboard pilot boarding stations, hot water/steam system for power washing to de-ice the pilot boats when alongside in winter, new knuckle boom crane to service the port and starboard RIBs and load gear pier side, increased potable water capacity to 60,000 gallons, and small boat fueling/transfer stations port and starboard. The main deck and 01 deck (2-tier) deckhouse were extended to encompass dedicated pilots berthing, mess and lounge.

The completed vessel retains its helicopter pad, ABS classification, and U.S. Coast Guard COI as a Subchapter I vessel.