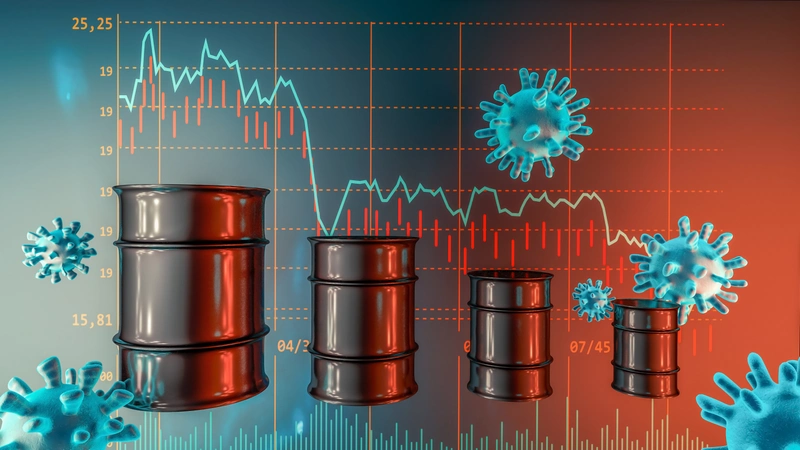 Oil futures prices have started to signal OPEC+ may have to do more to offset a second wave of coronavirus and a renewed economic slowdown.

Between mid-September and mid-October, Brent’s six-month calendar spread had been tightening, a signal traders expected production to run below consumption and inventories to fall.

Over the last ten days, however, the spread has gone into reverse, implying traders are less confident about an inventory drawdown over the next six months (https://tmsnrt.rs/3mSwcnP).

This has coincided with a second wave of coronavirus across most of North America and Europe and further business closures and travel restrictions in several major economies.

Libya’s oil production, which had been badly disrupted by the country’s civil war, has also started to increase, which is adding extra barrels to the market and pressuring the spread.

So far, the spread reversal is only a relatively weak signal that the market rebalancing process is being blown off course.

But the spread has been an accurate indicator of changes in the production-consumption balance since the start of the year, clearly identifying turning points, especially when smoothed to reduce day-to-day volatility.

Most traders already anticipate OPEC+ will postpone the output increase scheduled for January in response to a slower-than-expected resumption in international aviation and oil consumption.

OPEC+ officials have done little to dispel the increasingly widespread assumption they will postpone the increase by at least three months until the start of April.

But the spread’s renewed weakness indicates that might not be enough, and it has coincided with an uptick in official chatter that OPEC+ might actually reduce output further.

Deeper cuts would strain the group’s political unity; some members have been pushing to be allowed to raise their production.

Nonetheless, if the COVID-19 pandemic continues to accelerate, the implied hit to consumption will keep the option of deeper cuts on the table.

(John Kemp is a Reuters market analyst. The views expressed are his own. Editing by Alexander Smith)