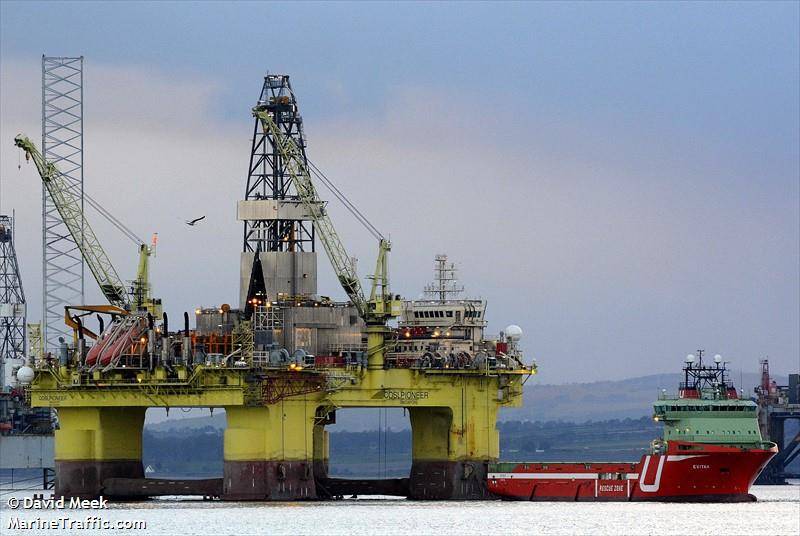 Offshore drilling contractor COSL Drilling Europe has secured a long-term drilling contract with Ithaca Energy for well operations on the Abigail well and the Captain phase II development in the central North Sea, offshore the UK.

The rig is currently being mobilized for another UK operator for a short drilling campaign prior to the start of the Ithaca Energy contract. The contract with Ithaca Energy is expected to start in March 2022.

According to COSL, the drilling campaign has a combined work scope with an estimated duration up to the second quarter of 2024. COSL did not share the financial details.

The 2010-built COSLPioneer rig will, as part of ongoing mobilization, be modernized with COSL Energy Control System, converting the unit into a low emission drilling rig.

“We are delighted to be awarded this contract with Ithaca Energy on the UKCS. We will together set a new standard when it comes to low-emission and efficient drilling operations. We are excited in how Ithaca Energy with the award of this contract demonstrates its confidence in our employees, our rigs and our organization to deliver efficient and high-end drilling performances” says Frank Tollefsen, CEO of COSL Drilling Europe.

Ithaca Energy, the operator of the Captain field located on the edge of the outer Moray Firth, UK, in April sanctioned the £400 million Captain Enhanced Oil Recovery (EOR) Stage 2 project.

“EOR Stage 2 is the next phase of development at our Captain Field and is building on the success of EOR Stage 1. The project is designed to significantly increase hydrocarbon recovery by injecting polymerized water into the reservoir through additional subsea wells, subsea infrastructure and new topsides facilities,” Ithaca Energy said in April.

“Stage 1 of the project has demonstrated that polymer EOR technology works, with the production response in line with or better than expected across all injection patterns, helping us maximize economic recovery within the UK Continental Shelf (UKCS),” Ithaca Energy added.

“Platform modifications will take place in 2021, ahead of subsea work scopes and drilling across 2022 and 2023. First oil expected in early 2023, before reaching a peak in 2026,” Ithaca said at the time of sanction.