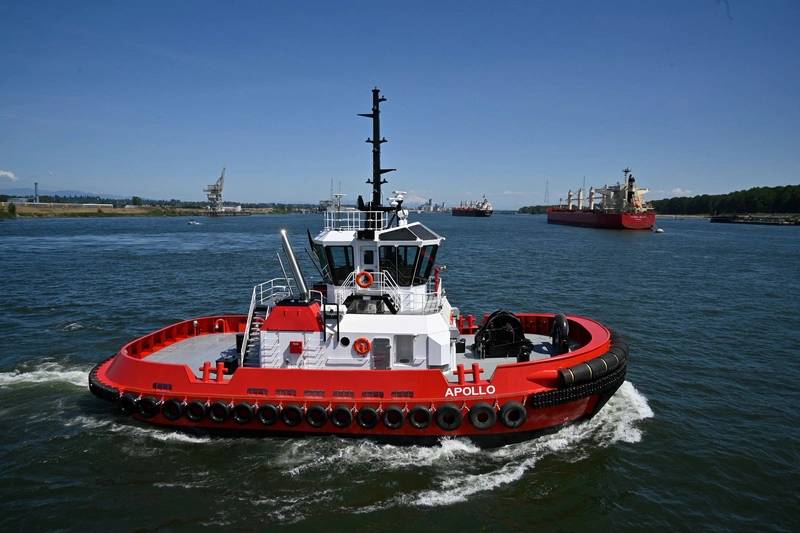 Crowley Maritime Corp.’s ship assist and harbor escort services group has taken delivery of Apollo, a powerful and maneuverable tugboat with the most compact size in the U.S.

The tugboat has completed final outfitting at shipbuilder Diversified Marine Inc. in Portland, Ore., and will deploy soon to serve the San Francisco Bay. Like its sister tug operated by Crowley, Hercules, the Apollo was designed by Robert Allen Ltd. to be the nation’s most powerful tug under 80 feet at 78 feet long with an estimated 94 tons of bollard pull.

As sustainability requirements become more important in California and other ports while container ships become larger, Apollo will be well-suited for the Bay Area market. Operating on biofuel, the vessel’s fuel-efficient and lower carbon footprint results from a pair of Caterpillar Marine 3516 Tier IV-compliant engines that meet federal mandates and the State of California’s environmental regulations.

“With all the congestion in the ports of California, performance is a number one concern for customers. Crowley’s newest tug will continue to make harbor escort and ship assist efficient for ship operators while meeting and exceeding current demands for sustainability,” said Crowley Vice President Paul Manzi. “Maneuverability improves safety and allows for more efficient service.”

“With Apollo, we have a rare mix of high performance with an efficient design with lower carbon footprint. It’s leading the way in California and showing the industry what’s possible in light of the sustainability push that’s taking place,” Manzi added.