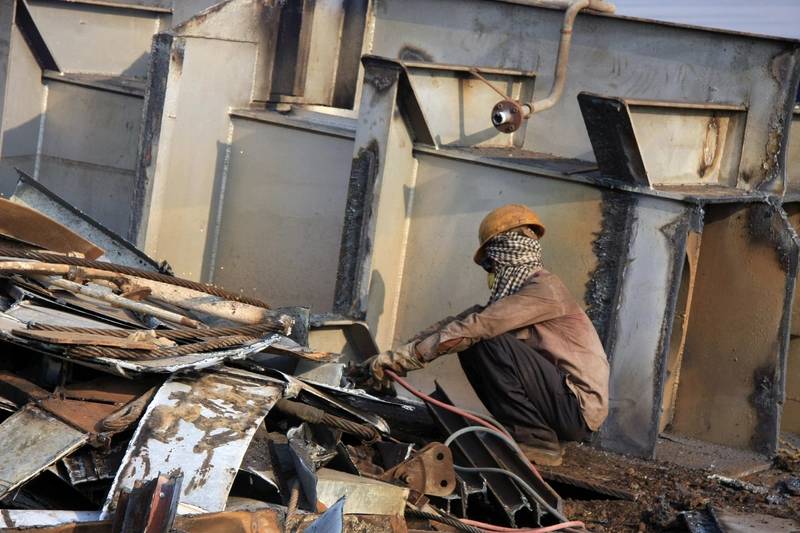 Business is booming at a sea dock in western Turkey, where five hulking cruise ships are being dismantled for scrap metal sales after the COVID-19 pandemic all but destroyed the industry, the head of a ship recyclers’ group said on Friday.

Cruise ships were home to the some of the earliest clusters of COVID-19 as the pandemic spread globally early this year.

In March, U.S. authorities issued a no-sail order for all cruise ships that remains in place.

On Friday, dozens of workers stripped walls, windows, floors and railings from several vessels in the dock in Aliaga, a town 45 km north of Izmir on Turkey’s west coast. Three more ships are set to join those already being dismantled.

“But after the pandemic, cruise ships changed course towards Aliaga in a very significant way,” he said of the town. “There was growth in the sector due to the crisis. When the ships couldn’t find work, they turned to dismantling.”

Onal said some 2,500 people worked at the yard in teams that take around six months to dismantle a full passenger ship. The vessels arrived from Britain, Italy and the United States.

The shipyard aims to increase the volume of dismantled steel to 1.1 million tonnes by the end of the year, from 700,000 tonnes in January, he said.

“We are trying to change the crisis into an opportunity,” he said.

Even the ships’ non-metal fittings do not go to waste as hotel operators have come to the yard to buy useful materials, he added.