Cruise Ships to Run on Shore Power in Port of Valletta 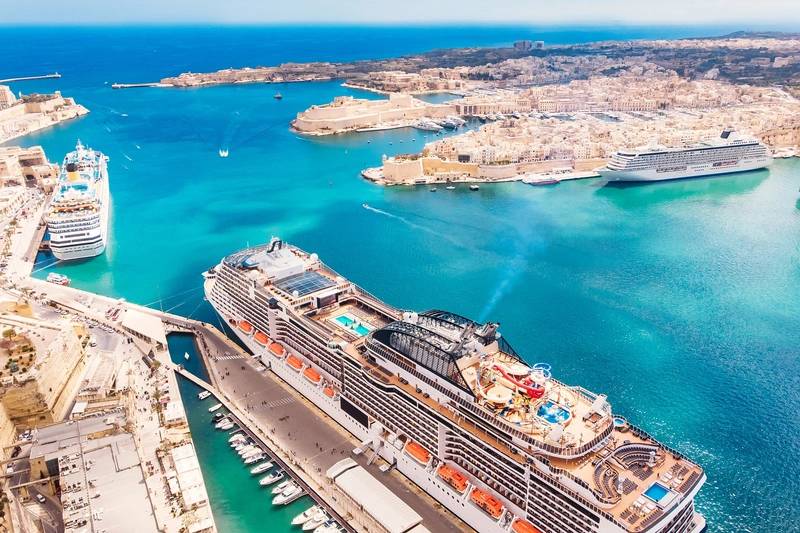 Cruise ships moored in the Maltese port of Valletta will soon be able to plug into the island’s energy grid, drawing the power they require to be fully operative without having to keep their diesel engines running.

Nidec ASI, head of the Nidec Industrial Solutions platform belonging to the Nidec Group, said it has secured a  €12 million contract with the Maltese company Excel Sis for the creation of a “shore-to-ship” project at the port. Nidec ASI was awarded the supply of power and high-tech systems and all related engineering, including transformers, converters and the cable management system.

This innovative system will make it possible to reduce the emissions of pollutant gases by over 40 tons a year, the equivalent of continuous circulation of over 4 million vehicles, and will contribute to creating the basis for a more eco-friendly and innovative relaunching of tourism, a key sector in the Maltese economy. Specifically, the port will be able to reduce SOx, NOx, CO2 and PM emissions which are a significant source of pollution for the tourist-oriented Isle of Malta. In addition, by plugging ships into the national grid, and thereby avoiding the use of on-board diesel generators, the noise pollution so annoying for tourists and local residents is also greatly reduced.

The project complies with the necessity of following European Union directives which encourage ports to adopt berth electrification systems (shore-to-ship) to reduce polluting emissions of vessels in the port, while maintaining active heating and air conditioning, as well as vessel auxiliary systems. By 2025, this recommendation will become binding for all European ports and it has also been included in the EU Recovery Plan which places reducing environmental impact among the priorities in relaunching European countries. Within this context, Malta and its main port of La Valletta provide an example for all European (and other) ports to follow. The entire project was planned from the very earliest feasibility studies and will be coordinated through to its completion by Infrastructure Malta (IM), the Maltese government agency responsible for all the country’s infrastructure projects.

Nidec ASI, which together with the main contractor Excel Sis received the highest technical and economic rating in the call for bids, has been involved for years in the spread of these technologies to provide a 100%-electric future for both naval and other forms of transport, as well as logistics. In fact, it is currently completing the electrification of the berths in Genoa’s Port of Prà, after also having installed its systems in the ports of Leghorn, the Muggiano (La Spezia) shipyards, EDISON–Navalimpianti – FSO Alba Marina and a number of other ports.

“The transformation of logistics and port infrastructure from the standpoint of greater security and energy savings can also contribute to attracting a greater flow of tourists who are increasingly concerned about respect for the environment. This will aid in relaunching the tourism and business sectors which have been particularly hit by the effects of the pandemic,” said Dominique Llonch, CEO of Nidec ASI and Chairman of Nidec Industrial Solutions. “Thanks to our expertise in the areas of automation and battery storage systems, we are able to electrify the entire port, from cranes to internal transport by using charging stations installed in microgrids within the port area. Times such as these are ideal for promoting infrastructural transformation which is also made easier by lower traffic levels. Our hope is that the example of Malta—and that of other earlier ports such as Genoa Prà—will be followed soon by many others in Italy and Europe to comply with EU norms and to make the best use of the funds allocated in the Recovery Plan to, finally, act from a sustainable and green standpoint.”