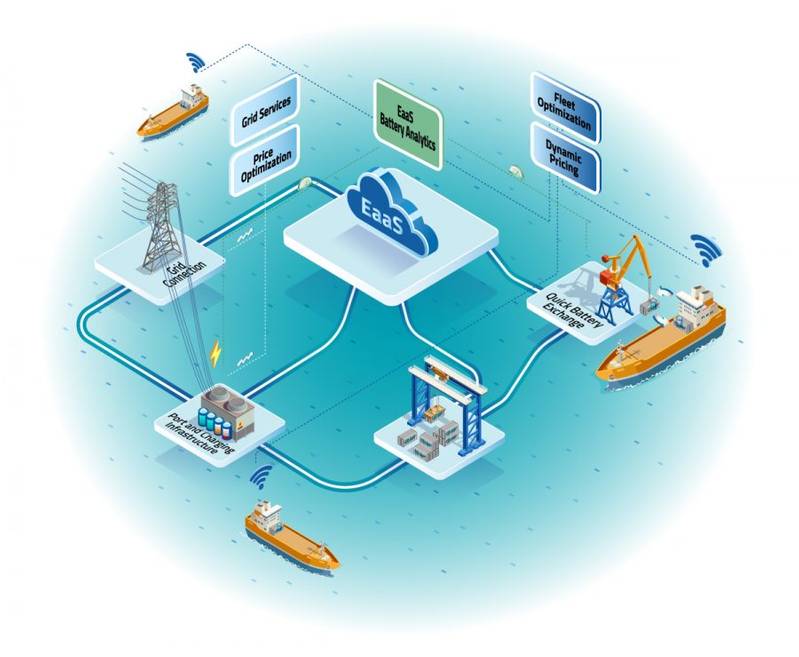 The European Union is underwriting a project, called Current Direct, to facilitate and hasten the transition to battery powered commercial maritime vessels. It’s funded by the European Union’s Horizon 2020 research and innovation program. It also has 13 private sector partners, including Blackstone Resources, Spear Power Systems and Wärtsilä. It has a quick timeline; a demonstration project should be ready by 2023.

New thinking and innovation run across every aspect of this project, from the batteries to a loading and replacement system to recycling.

“Energy as service” is the central project idea. This includes development of strategically located battery swapping stations at port locations. An e-vessel needing new power would dock at a such a station. Then, instead of plugging into a charger, a crane would remove a spent battery pack and replace it with one fully charged. Each pack will be about the size of a 20-foot shipping container. The vessel, repowered, would move back into the workstream. That re-power timing goal is five minutes.

The planned 2023 demonstration project will be at the Port of Rotterdam. The modular built E-Pusher vessel, currently in use as a transport barge, will be the demonstration vessel. Again, to meet a five minute challenge.

Bigger picture, EU authorities believe this project will have payoffs in many areas, from energy to GHG reductions to triggering new investments in innovation and employment in the European marine transport and battery energy storage sectors.