Damen Shipyards Group is delivering an ASD Tug 2813 to Cititug in Ecuador. The vessel, to be named ASD Mater, in honour of the Virgin Mary, will operate in the bunkering terminal of the Port of Esmeraldas.

The contract for the ASD Tug 2813 was signed in February this year between Xavier Game, owner of Cititug and Marnix Brouwer on behalf of Damen. The speed of the vessel’s delivery is facilitated by Damen’s practice of building standard vessels for stock – in this case at Damen Song Cam Shipyard in Vietnam.

Although based on a proven Damen design, Cititug’s ASD Tug 2813 is tailored to the company’s specific requirements with a number of selected options. These include a deck crane and – of importance to the vessel’s role in a bunkering terminal – FiFi 1 notation and an oil spill pollution control system, the first of its kind in Ecuador.

Cititug, which is part of the Citikold Group, is operative in the maritime sector for more than 20 years and is based on strong corporate values and a drive for excellence. Game explains his reason for selecting Damen to build the company’s third vessel, saying, “We are always looking for excellent service. Before I started Cititug I was already aware of Damen by reputation. So, when I wanted to buy a newbuild vessel, I got in touch. I was very impressed, not only by the quality of the boats, but also by the service we received – it gave me a good feeling.”

At the time of writing, the ASD Tug 2813 is currently on her way to Ecuador from Vietnam aboard a heavy lift vessel. She is due to arrive mid-November. Upon her arrival, Cititug is holding a blessing and naming ceremony for her.

“We are celebrating this because it is something unique – not just for Cititug, this is something big for the whole region. This will be one of the best tugs in South America and will play an important role in making the terminal safer and more efficient. She’s going to help a lot,” Game continues . 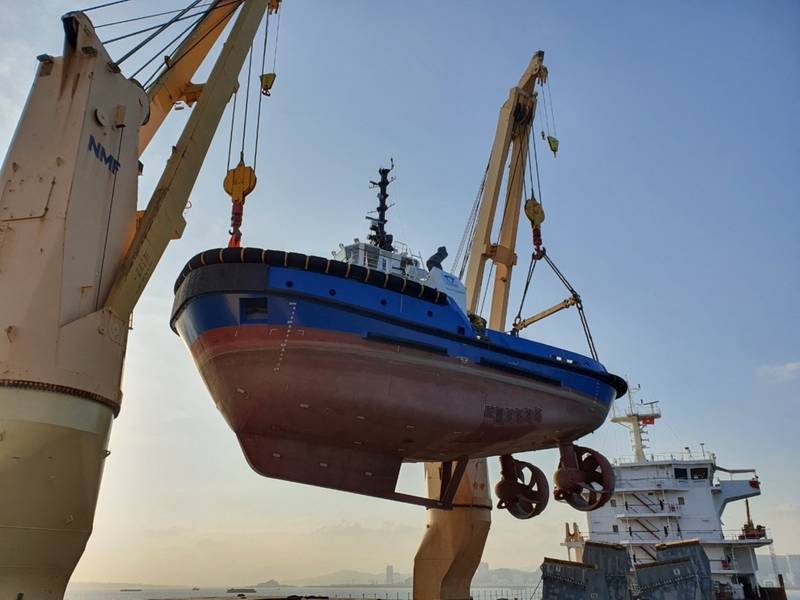