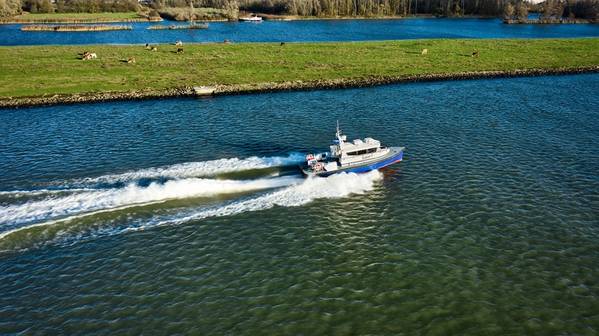 Dutch shipbuilder Damen Shipyards has delivered a Fast Crew Supplier 1204 to Total Offshore B.V. a little over a month after the vessel was ordered.

The crew transfer vessel is the first in the Total Offshore fleet. The company will use the FCS 1204, named Swift, to transport offshore personnel to wind farms in the North Sea.

“Damen and Total Offshore signed the contract on 7th October. Thanks to Damen’s practice of building standardized vessels in series for stock, the FCS 1204 was ready for delivery just over a month later, after some final preparations at Damen Shipyards Hardinxveld,” Damen said.

The crew transfer vessel can transport up to 12 industrial personnel.