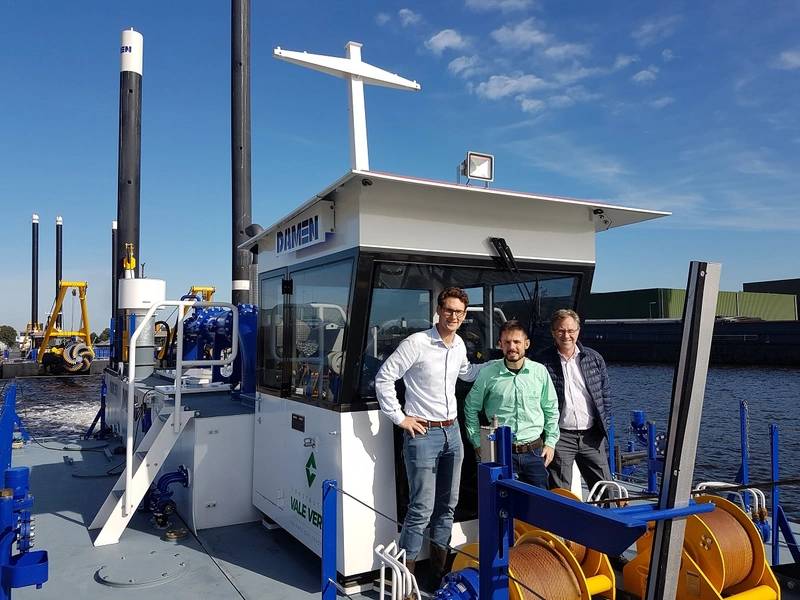 Brazilian company Constructora Vale Verde has placed a repeat order for a cutter suction dredger, type CSD350, with Damen Shipyards. This dredger is a sister vessel to the Amsterdam, which was delivered in 2019.

The first CSD350,  Amsterdam was delivered and transported just before the global outbreak of COVID-19. In a world where the pandemic had fortified frontiers and created nearly unsurpassable barriers, Damen continued with assisting the commissioning of the dredger when it arrived in Minas Gerais, Brazil. With the help of local dredging agent Endratech, Damen was able to complete the commissioning and so enable Vale Verde to commence its contract.

The new CSD350 for Vale Verde will be named Holanda and is identical to the Amsterdam; a fully dismountable, stationary dredger fitted out for one-man operation that has been working successfully in tailing ponds in one of the mining regions of Brazil. The tailings are being removed from industrial storage basins and reintroduced into the main process, thereby reducing pressure on the environment. The CSD350 has a max. dredging depth of -9m and an dredge production of some 2,000 m3/h, while being compact enough to be transported by road following dismounting.

Hugo Soares, managing director of Constructora Vale Verde, said, “This dredger will be customized with several items including a deck crane, a wedge piece and a swivel, all intended to optimize operations..”

The dredger will be delivered from the stock building program and transported to Brazil shortly.