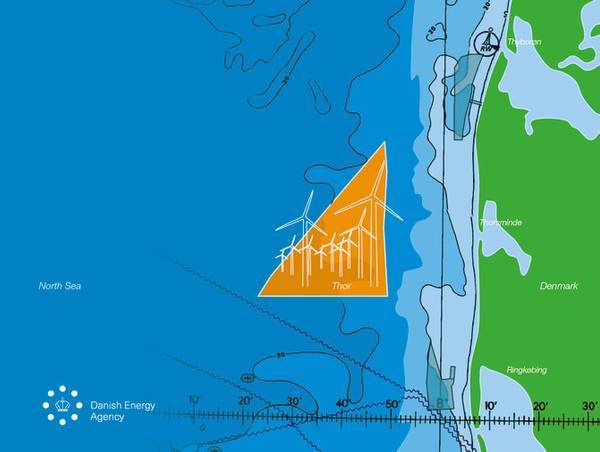 The Danish Energy Agency has approved the plan for the development of the Thor offshore wind farm, at a site west of Thorsminde.

Also, as a result of the site evaluations, the Danish Energy Agency has reduced the size of the wind farm site from 440 km2 to 286 km2.

The decision can be appealed to the Energy Board of Appeal for a 4-week period up to June 28, 2021.

Talking about the reason behind the decision to narrow down the size of the proposed wind farm site, DEA said: “The result of the SEA process as well as the site-investigation and other considerations have led to the narrowing down of the site for Thor. The process of narrowing down the site has taken into account a number of factors, including visual impact, cumulative visual aspects, birds, stone reefs, raw materials, fishing interest and safety of navigation.”

In parallel with the environmental assessment of the Plan for Thor with the Environmental Protection Agency as Authority, an Environmental Impact Assessment (EIA) of the specific onshore facility has been carried out, which is now in public consultation until June 21, 2021.

“This process is expected to lead to an EIA-permit for the land-based project to be issued by the Danish Environmental Protection Agency in August 2021,” DEA said.

Six consortia have pre-qualified to take part in the tender for Thor.

The pre-qualified consortia are: