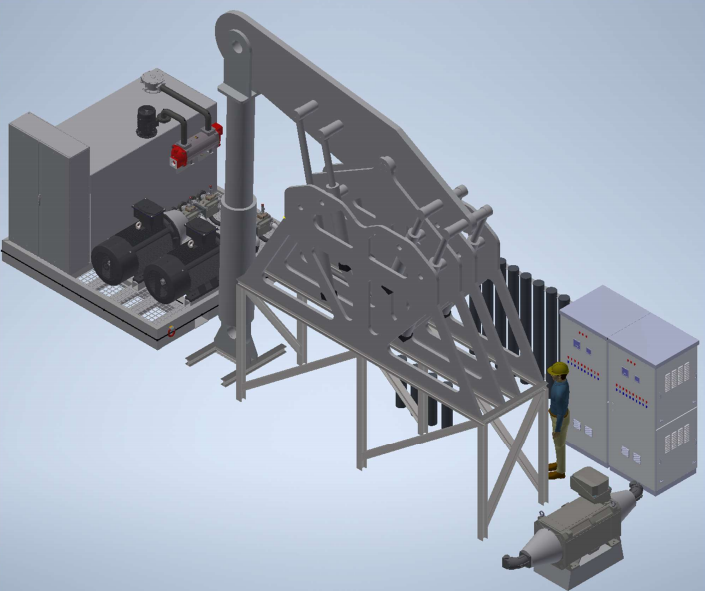 The company is collaborating with Fritz Schur Energy, Seasystems, and Aalborg University in Denmark.

“The project just received 10,81 million DKK (about 1,5 million €) in funding from the Danish energy authorities (EUDP). The test facility is expected to be finished in March 2022, and it will produce test data the following years, that will be used, when FPP launches combined wind- and wave power facilities e.g., in Grand Canary,” the company said.

Nis Ebsen, the lead electrical engineer at Floating Power Plant, said: “Together with our partners we have developed a wave energy system that we are very proud of. We have seen the system working with high efficiency, both in the lab and in a half-scale prototype offshore. This project will help us get the technology into the real world – in the end of the day that is what matters.”

The scientists at Aalborg University have kept up with the challenges of wave power for more than 20 years, and associate professor Morten Kramer recognizes the potential of the project: “This project can crack open one of the hardest nuts to crack, that has kept wave energy technology from becoming a stable part of the energy supply.”

Torkjell Lisland, managing director at Seasystems, said: ‘Wave power has to date not been able to prove itself as a reliable power source and we believe that Floating Power Plant has the potential to overcome the challenges. The EUDP funding is an important contribution for this realization. Seasystems look forward to participate in this project.’

Fritz Schur Energy’s CEO Mads-Ole Astrupgaard said: “The fact that we are where we are, is a recognition of the enormous potential in developing complex test facilities of this size as part of creating a reliable sustainable energy source. We are happy to offer both technical expertise and experience, and we’re excited for this project to unfold over the coming years.’

Anders Køhler, CEO of FPP, says: “We like to think of the PTO test rig as a very large IKEA test. By subjecting our technology SQB the very worst conditions on land before going offshore in full scale, we can remove a lot of the risk from our commercial projects. The Grant from EUDP is very important to us. The project will validate our wave technology and help us certify it. This is paramount for reducing the risk of the commercial projects FPP is entering.’

This project will upscale and complete the detailed design of a full-scale wave energy Power Take Off (PTO) system. According to FPP. the development and testing should result in an efficient and cost optimized PTO-system, with the world’s highest reported efficiency and power output for this type of system,.

The PTO-system is planned to be deployed on FPPs future deployments of combined wind- and wavepower, where four PTOs will deliver 1-4 MW