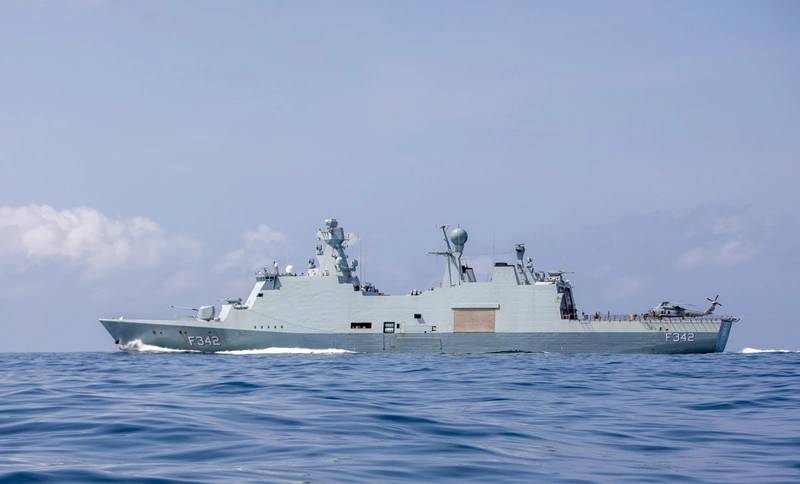 The Danish navy has released three suspected Nigerian pirates who were picked up by a frigate in the Gulf of Guinea in November after it failed to find a country in the region to take them, the Danish Armed Forces said on Friday.

The three, who had been detained aboard the frigate Esbern Snare, were put to sea on Thursday in a small dinghy with enough food and fuel for them to reach shore safely to shore.

“They have no relation to Denmark, and the crime they have been charged with was committed far from Denmark. They simply do not belong here, and that’s why I think it’s the right thing to do,” Danish Justice Minister Nick Haekkerup said in a statement.

Forces on the frigate, which deployed to the Gulf of Guinea in October, killed four pirates in waters south of Nigeria in late November in an operation to protect shipping amid heightened security risks from pirates.

Four other suspects were taken on board the frigate but Denmark failed to reach an agreement with countries in the region to transfer them.

The fourth suspect, who has been in hospital in Ghana with injuries, could not safely be released at sea and has therefore been brought to Denmark for prosecution, the Justice Ministry said.

He will be put in front of a judge for preliminary questioning in a Copenhagen court later on Friday. His lawyer could not immediately be reached for a comment.

The release, made in accordance with international rules, took place near Nigerian territorial waters south of Niger Delta, the armed forces told Reuters.

The Gulf of Guinea has been a piracy hot spot for years, but incidents have decreased since national authorities stepped up security efforts aided by foreign naval ships.