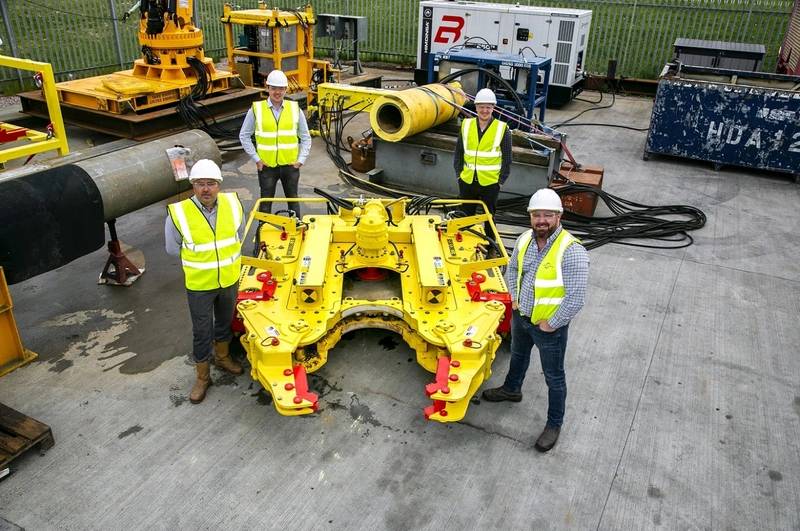 Northern Ireland-based decommissioning specialist Decom Engineering has said it has developed tools that can make decommissioning in the energy sector greener, faster and safer, and is also looking at business opportunities in the offshore wind sector.

The company has said it has updated its Pipe Coating Removal (PCR) equipment, which cleans decommissioned or surplus pipelines of multiple coatings, so they can be repurposed for use on other projects.

Decom Engineering this week also said that it has upgraded its range of cold cutting saws which have been deployed on international decommissioning projects as oil and gas operators replace or remove aging infrastructure. It did not say who the clients were.

“The latest modifications to its single blade cutter will allow Decom Engineering to target a new revenue stream, assisting clients in recovering conductors from decommissioned oil and gas rigs. The company also believes there are opportunities for its patented saws to be deployed on offshore wind farm repair and maintenance projects as well as onshore pile cutting,” Decom Engineering said.

Established in 2011 by Chief Executive Officer Sean Conway, Decom Engineering has completed contracts in mainland Europe and Asia Pacific, and is tendering for new workscopes in Thailand, North America, Brazil and India.

Decom Engineering CEO, Sean Conway, said the company’s PCR machines can further reduce the carbon footprint and return value to the client, by cleaning and preparing steel pipelines so that they are suitable for use in other projects.

“For example, decommissioned pipelines can be used in piling and construction work, and in the last year our Dutch facility has processed and repurposed more than 20,000 tons of steel,” Conway said.

Nick McNally, Decom Engineering’s Commercial Director said the company’s technologies help recycle downgraded oil and gas pipes into a useable product instead of scrap steel, “hugely increasing the value chain for our partners and decreasing the carbon footprint of the industry.”

“We are now seeing the fruits of our labor with new contracts in Europe and Asia Pacific, and we expect that the latest upgrades to our tools and equipment will lead to further growth in the world’s major energy hubs, he said.

Decom Engineering is holding a series of showcase demonstrations in the coming weeks in Aberdeen to provide oil and gas clients with real-time knowledge of how the company’s technologies can benefit planned projects.