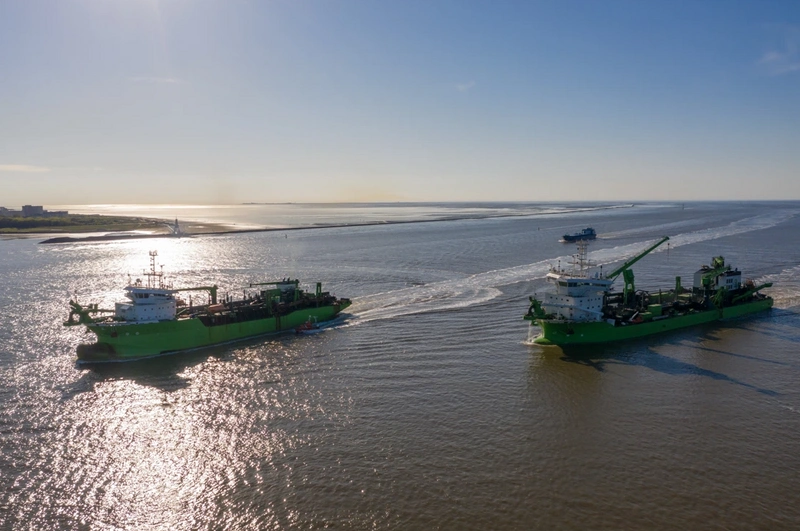 The Belgian dredging and offshore installation firm DEME said Friday it had secured its largest ever dredging and land reclamation contract.

The contract is for work for the Abu Qir port project in Egypt. The project will see the deployment of DEME’s giant new cutter suction dredger ‘Spartacus’.
While it said the contract was a “large” one, and its largest ever in the dredging and reclamation space, DEME did not provide the exact figure. However, it did say that a “large” contract refers to a contract with a value of more than EUR 300 million (around $357 million).

This project includes the reclamation of 1,000 hectares of new land, the deepening of the port’s approach channel to 23 meters and the dredging of a turning basin to 22 meters.

“An enormous volume of more than 150 million m³ will be dredged,” DEME said.

DEME will deploy what it says is the world’s most powerful cutter suction dredger (CSD) ‘Spartacus’ on the project. The vessel will join DEME’s fleet in 2021.

“With a total installed power of 44,180 kW, this CSD is unrivaled in terms of production rates, pumping power and her ability to cut hard material. In addition to ‘Spartacus’, DEME will deploy a wide range of different sized trailing suction hopper dredgers,” the company said.

The project’s preparation has already started, with the main works set to start in early 2021. The project is due for completion in 2023.