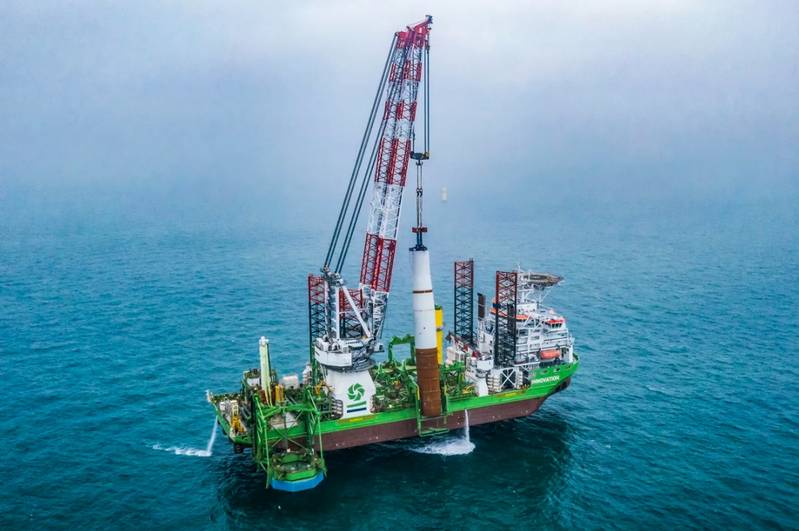 Offshore installation contractor DEME Offshore has said it has secured a +$1.1 billion Balance of Plant (BoP) contract for the construction of the Coastal Virginia Offshore Wind (CVOW) project in a consortium with Prysmian.

The contract, with a total value amounting to +$1.9 Billion, has been awarded by Dominion Energy Virginia, a subsidiary of Dominion Energy Inc., to a consortium, made up of DEME Group and Prysmian.

According to DEME Offshore, the agreement is the largest offshore wind installation contract ever awarded in the U.S. Upon expected completion in 2026, the CVOW will be the largest wind farm in the U.S., and one of the largest in the world.

The CVOW project is located at approximately 27 miles (43 km) off the coast of Virginia Beach, VA, US.  The 2.6GW offshore wind farm will be capable of supplying electricity to as many as 660,000 households, while reducing carbon emissions by over 2 million tons per year.

DEME Offshore will oversee the complete offshore installation works for the foundations, substations, infield cables, as well as part of the export cables. For the fulfillment of the project, DEME Offshore entered into a consortium with Prysmian, an underwater energy cable systems specialist.

“Sid Florey, President, DEME Offshore US, said: “This significant contract will allow us to further build out our US footprint, working with key partners and the local supply chain to grow jobs.”

DEME Group established DEME Offshore US LLC in Boston in 2019.

“Today’s CVOW announcement is a fast follow on from earlier contract awards for Vineyard Wind 1 off the coast of Massachusetts, the first utility-scale offshore wind project in the U.S., and the South Fork offshore wind farm off the coast of Long Island.  Upon expected completion in 2023, these projects will generate clean, renewable, affordable energy for over 400,000 homes and businesses in Massachusetts and over 70,000 homes on Long Island, while reducing carbon emissions by 1.6 million tons per year and 300,000 tons per year, respectively,” DEME Offshore said.

Prysmian said that its portion of the project was worth around €630 million (~$727.8 million)  for the cable supply and the installation works. Prysmian Group will provide three 3-core 220kV HVAC export cables measuring approximately 62 km each, with XLPE insulation and single-wire armoring, for a total of approximately 560 km.

The export cables will be produced in Arco Felice, Italy, and Pikkala, Finland, while the inter-array cables will be manufactured in Nordenham, Germany.

The CVOW project will feature Siemens Gamesa Renewable Energy’s giant new wind turbines with up to 15MW capacity with a 222-meter rotor.

Siemens Gamesa plans to develop more than 80 acres/32 hectares at the Portsmouth Marine Terminal in Portsmouth, Virginia upon execution of a firm order for the 2.6-GW Coastal Virginia Offshore Wind Commercial Project with Dominion Energy.

Some 260 jobs at the facility are expected to be created when fully operational. Also, Siemens Gamesa plans to create around 50 service jobs to provide operations and maintenance services for the Coastal Virginia Offshore Wind Commercial Project.