The Danish authorities on Friday invited the public, companies, authorities, and other interested parties to submit ideas on the strategic environmental assessment (SEA) for the Plan for Hesselø offshore wind farm and the environmental impact assessment (EIA) of the land-based part of the project.

The proposed Hesselø offshore wind farm will have an installed capacity of 800 – 1.200 MW. The turbines will be located in Hesselø Bay in the Kattegat at a distance of a minimum of 30 kilometers from Zealand.

The public hearing, which is an early public consultation in the scoping phase, runs from February 12 to March 19, 2021.

Based on the ideas and inputs received during the consultation, the Danish Energy Agency and the Danish Environmental Protection Agency will decide what topics and environmental impacts to be included in the SEA and the EIA respectively.

The environmental assessments’ results should be published and subject to public consultation in the first half of 2022. The Danish Environmental Protection Agency expects in mid-2022 to issue the EIA-permit for the land-based part of the project, the DEA said.

The EIA of the offshore-based part of the project is expected to be carried out in 2023-2024, when the winner of the tender for the Hesselø offshore wind farm has been selected.

In January, DEA said that six consortia had pre-qualified to take part in the tender for Thor. 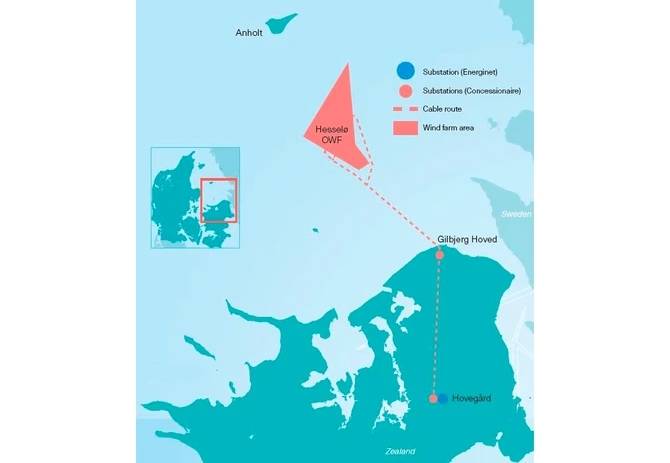