Digitalization: The Digital Oilfield is Arriving Sooner than We Think

The Coronavirus and a surge of available connectivity means take up of new E&P technologies is stronger than ever, writes Tore Morten Olsen, President, Maritime, Marlink.

The oilfield of the future is a concept that was emerging before the Coronavirus overwhelmed the global economy and sent shockwaves through the energy markets. In fact, the disruption of 2020 is the continuation by other means of a trend that was already gathering pace.

When Norwegian energy major Equinor first announced a tender for the ‘Rig of The Future’ it aimed to lower its cost of operations with fewer humans onboard, greater automation and digitalization, driving higher efficiency and lower carbon emissions. The company targeted 50% lower operating costs than its current rigs, achieved through a combination of fuel savings and reduced headcount.

Some skepticism surrounds the project’s status and while evaluation of the project is continuing, it is becoming clear that Equinor identified technology gaps in areas including fully unmanned operations on the drill floor and solutions for achieve zero carbon dioxide emissions.

Whatever the short-term impacts, it seems clear that digital technology will be key to realizing similar projects and helping the wider industry meet both its environmental and financial targets.

For new technology to be more widely adopted also requires cultural and organization change. The offshore industry has used surveillance and some elements of remote control for many years but the acceleration of this process towards remote and virtual operations marks a critical step forward on the journey.

The energy market has traditionally positioned itself on the conservative end of the adoption curve and the inherent disadvantages of both operational size and legacy systems have led to uncertainty about how to safely adopt and integrate new technology.

The combination of ‘new technology plus people’ has been seen as risky while simply applying enough people power gives a level of confidence. This stems in part from the fact that company senior decision-makers have field experience but are not ‘digital natives’ who have grown up with technology.

The new normal
Current market conditions, compounded by the imposition of social distancing measures have led to a unique crossroads that all offshore operators must face. Less capacity for available staff, increased costs and the difficulty of transporting people to and from remote sites are forcing them to quickly adapt.

When the potential of remote operations was proposed in the past, there tended to be push back: a combination of regulation and corporate culture meant there was always a reason to have people on site. It’s possible that with the shore office also changed by Covid-19, and the remote work revolution the idea of a hybrid approach has become more acceptable.

Out at sea there is a need to develop a transformational vision, while keeping the focus on the asset itself. While modern platforms are likely be well equipped, but depending on the age, configuration and condition of their assets, the extent of digitalization effort and the investment required will vary.

This new normal allows for previously sacrosanct subjects to be approached and different solutions to be considered. The last few months have seen the advancement in technological acceptance pushed forward by months or even decades. In February 2020, a major operator reported that remote operations had increased from less than 10% to approaching 30% six months later.

Applications such as video and low latency two-way data transfer share the same drivers which are catalyzing the adoption of more remote operations. In fact, the kind of remote visual inspections we have seen done increasingly by drone or over video might even be possible by direct satellite inspection as more and more low earth satellites join the fleet.

Such working practices have proven their value during months of lockdown and the technology is reliable enough to support increasingly complex applications.

Remote operations in the offshore market provide multiple benefits. These include risk mitigation because more personnel are removed from the offshore environment, certainty of program delivery thanks to expedited data delivery, client cost reductions and more flexible and scalable operations and finally sustainability because operational carbon footprint can be dramatically reduced.

A designer of remote operations centers mentioned that pre-Covid-19, his company faced a long cycle of justification, approval and funding before he got to a sale. Now he’s dealing with engaged executives that know they need to adapt and who see remote as a conduit to do this.

This serves as a catalyst allowing for the remapping workflows and reshaping management structures enabling a transformational vison to emerge with a focus on digitalization. 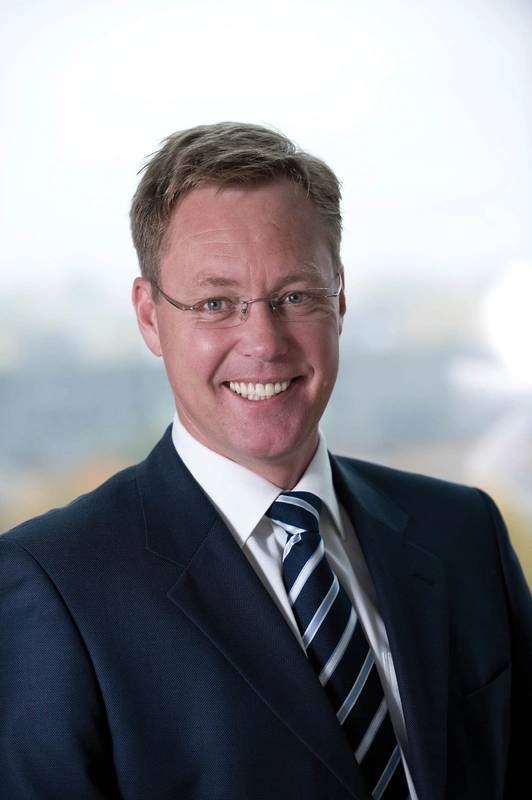 The last few months have seen the advancement in technological acceptance pushed forward by months or even decades. In February 2020, a major operator reported that remote operations had increased from less than 10% to approaching 30% six months later. Tore Morten Olsen, President, Maritime, Marlink

A digital evolution
The connectivity component of the digital oilfield was already changing prior to the pandemic. Just a few years ago the focus was mainly on crew welfare and how to monetize bits and bytes with new applications.

An OSV that might have been on a 256kbps plan five years ago would have at least quadrupled its bandwidth to 1MB using a combination of remote monitoring and other operational data. Upgrades to communications platform mean that the same OSV might be able to use its existing antenna and onboard equipment to get much greater capability without increasing its sunk costs.

At the more technology-driven end of the market seismic survey vessels are performing edge processing of data and connecting to the cloud rather than share raw data for analysis ashore. A subsea vessel can work faster and with greater control over its actions thanks to improvements in network technology.

Marlink supports this kind of innovation using a distributed teleport infrastructure with ‘handover’ and landing to the local teleport which reduces latency.

In both onshore and offshore fields, whether moving or static these remote facilities face the same challenges. The problem of reliably and robustly connecting systems and workers in the field to control centers and the cloud requires expertise in mobile and fixed communications.

It is still a case of selecting appropriate bandwidth capability to match the application as a different speed of response is needed for remote drone piloting compared to pipeline inspection. A tendency we have noticed is for operators to ask for higher and higher bandwidth without necessarily having the demand to support it. It is better to start lower and upgrade as they move from low level data into real time applications.

Into the future
What seems clear is that with fewer people onboard, the size of assets whether fixed or mobile can be smaller and more tailored to specific roles. They will be more tightly connected to shore but will also have more systems onboard for processing data gathered from any phase of the exploration and production process.

We have grown accustomed to an industry with assets and vessels specialized towards specific and particular tasks. The future could see fewer larger motherships controlling smaller and potentially autonomous vessels which perform specific tasks but without crew onboard.

Operators are already looking into a new generation of multi-purpose vessels for the inspection, repair and maintenance market, which provide a platform to launch autonomous and remote-controlled vessels. These will perform tasks such as mapping of the seabed and other geophysical survey applications for pre-seismic and pipe-laying survey and windfarm development.

Marlink is providing a “smart” network solution to the Remotely Operated Service at Sea (ROSS) OSV project developed by offshore services operator SeaOwl, which demonstrated the concept to strategic partners including French energy major Total in early September. The ROSS project aims to bring down the cost of operations by remotely controlling a vessel from shore, initially in the offshore sector with potential application to other civilian and military craft.

The rig of the future has already been conceived as a smaller asset, designed for more flexible operations with a higher degree of automation and control systems that enable the operator to reduce numbers and still satisfy regulatory requirements.

Such designs would embrace technical flexibility in a way we have not seen in place in the energy market with smaller multi-purpose vessels having capabilities beyond the larger vessels in service today.

The key message is this: the oilfield of the future is not a distant dream but already a work in progress. It needs to happen here and now as we adapt to the Covid-19 environment; cultural resistance to positive technological change cannot be an excuse for lower safety standards or higher costs. Despite the tragedy of the virus, operators can take advantage of a once in a lifetime opportunity, leverage the digital transformation towards a smarter and safer industry.

CyberSecure: Connectivity & cyber security walk hand-in-hand
While connectivity is the circulatory system to digitalization, cyber security is the immune system. We recently spoke with Patrick Decool, Marlink’s Director Innovations, to discuss the increasing prevalence of cyber-attacks on maritime and offshore assets and strategies to protect those assets.

While ‘Cyber Attack’ is the buzzword, attack in this regard can be somewhat of a misnomer as the majority of ‘attacks’ are actually facilitated accidentally from within a company.

According to Patrick Decool, Director Innovations, Marlink, Marlink sees that there are many IT breaches made by the crew; ‘cybersecurity is not just about attacks, it’s also about managing properly your network and making sure the crew are not bypassing the rules that you’ve defined within your own IT policy,’ said Decool. ‘We’ve seen that 68% (of) these threats are coming from the crew.’

Marlink’s study further found that 22% of the threats are coming from the admin network, with 10% coming from the IoT or OT network. ‘10% compared to the rest might be not so much, but 10% of something that could affect an engine or an automation is dramatic from a safety perspective of the vessel.’

Decool believes the discussion will start to move from IoT to OT as OT gets more and more connected. ‘Then the interest from attackers may grow because the impact will be much larger. Once I have an access to the OT environments, then I have a real pressure on the company moving forward.’

According to Decool, vigilance is the keyword in keeping your networks safe – ‘Be pragmatic, follow the ‘plan-do-check-act’ principle, and don’t worry you’ll do that next year and the year after’ – as cyber security is a race without a finish. 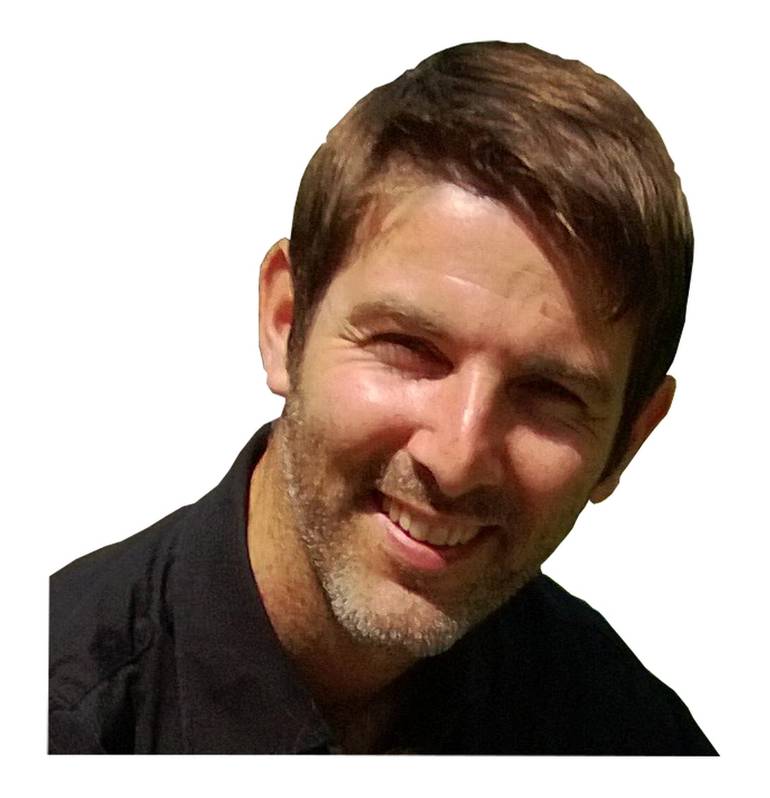 According to Patrick Decool, Director Innovations, Marlink, Marlink sees that there are many IT breaches made by the crew; ‘cybersecurity is not just about attacks, it’s also about managing properly your network and making sure the crew are not bypassing the rules that you’ve defined within your own IT policy,’ said Decool. ‘We’ve seen that 68% (of) these threats are coming from the crew.’