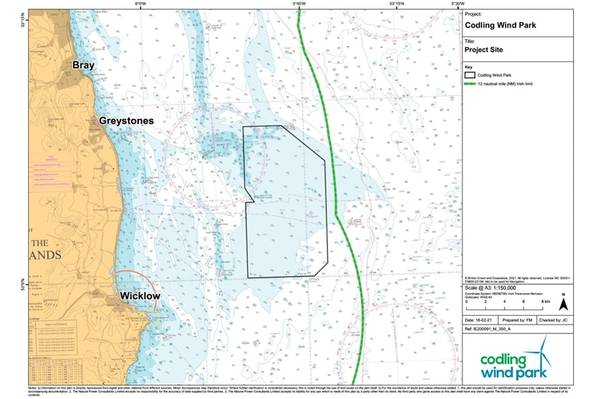 DNV has won a contract to carry out project certification for the Codling Wind Park project, one of the largest offshore wind farms planned in Ireland.

The project, owned by Codling Wind Park Ltd (CWPL), a 50/50 joint venture between Fred. Olsen Renewables and EDF Renewables, has the potential to supply up to 70% of all Irish households with renewable electricity.

The wind farm will make a significant contribution to meet the Government’s ambitions to double the renewable energy from 35% in 2020 to 70% in 2030, DNV said.

“Using this resource with safe and reliable offshore wind projects can make Ireland a global leader in renewable electricity generation. Having been involved in over 80% of the offshore wind farm certification projects worldwide, we are happy to support Codling Wind Park and Ireland to realize the ambitious targets.”

Codling Wind Park is a proposed offshore wind farm in the Irish Sea, set in an area called Codling Bank, approximately 13-22 kilometers off the County Wicklow coast, between Greystones and Wicklow Town.