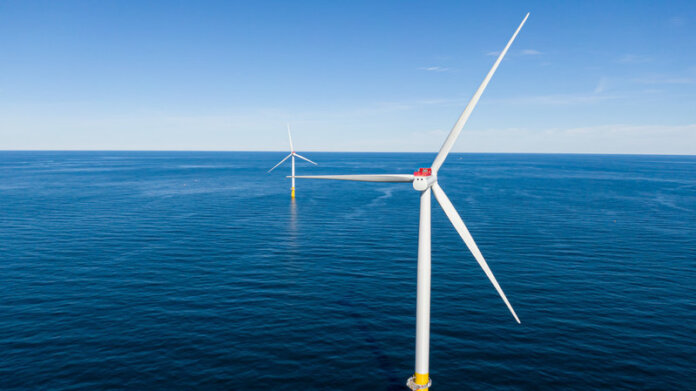 Dominion Energy has filed plans with the Virginia State Corporation Commission for approval to construct the 2.6 GW Coastal Virginia Offshore Wind (CVOW) commercial project, which will generate enough clean energy to power up to 660,000 homes.

The filing keeps the project on schedule and builds on recent economic development announcements, such as the Siemens Gamesa Renewable Energy turbine blade factory at the Portsmouth Marine Terminal and Dominion Energy’s investment in the only U.S. flagged offshore wind turbine installation vessel.

The project represents an investment of $9.8 billion. Customer costs will be reduced by applicable federal tax credits and offshore wind will have no fuel costs over the life of the project. Over this time, the net average cost of the project to a typical residential customer is estimated at approximately $4 per month, though this figure will initially be less and will vary from year-to-year. All of the project’s costs are subject to approval by the State Corporation Commission, which will also consider the applicable tax credits of more than $1 billion and expected fuel costs savings of more than $3 billion for the project’s first ten years.

“In addition to solar, storage and nuclear, offshore wind is a key component of our strategy and a game changer for the Hampton Roads economy,” says Robert M. Blue, Dominion Energy’s chair, president and CEO. “CVOW is making Virginia the hub for this new industry. Virginia will host the first offshore wind turbine blade factory in the United States and be the home port for the only Jones Act compliant offshore wind installation vessel.”

As part of the filing, Dominion Energy is also requesting State Corporation Commission approval to build approximately 17 miles of new transmission lines and other onshore infrastructure needed to deliver the clean, renewable energy generated offshore to homes and businesses across Virginia. A proposed transmission interconnection route is presented along with alternatives for the Commission to consider.

Dominion Energy identified the route options after a thorough study and meaningful engagement with Virginia Beach and Chesapeake officials, Virginia and federal agencies and land managers, and the local communities, including historically underrepresented communities and Native American tribes. The proposed route would be the shortest of the potential routes and would impact private property the least, with 92% of the route located within the former Southeastern Parkway and Greenbelt corridor, owned primarily by the City of Virginia Beach and/or collocated with existing Dominion Energy transmission line corridors.