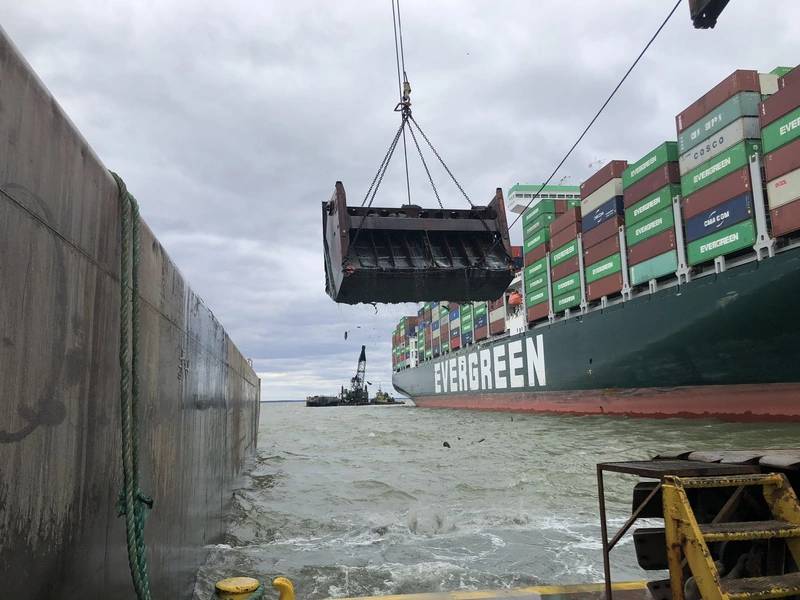 Dredgers are working to free a containership that has been stuck for a week after running aground in the Chesapeake Bay near Baltimore.

Port of Baltimore executive director William Doyle said dredging operations to free the Ever Forward kicked off on Sunday after the required permits were issued by state and federal agencies.

“All dredge material excavated will be reused for the beneficial use of rebuilding Poplar Island,” Doyle noted.

The 12,000 TEU Ever Forward was departing the Port of Baltimore en route to Norfolk, Va. when it ran aground outside the Craighill Channel near Gibson Island on March 13. The cause of the grounding is still under investigation.

No injuries, pollution or damage to the vessel have been reported, and vessel traffic in the area has remained unaffected. “Waterborne commerce is moving into and out of Baltimore uninterrupted,” Doyle said.

The vessel, which is operated by Taiwan-based Evergreen Marine Corp. and registered in Hong Kong, is carrying 4,964 containers of general dry goods, according to the U.S. Coast Guard.