Dredging Commences in Port of Alaska 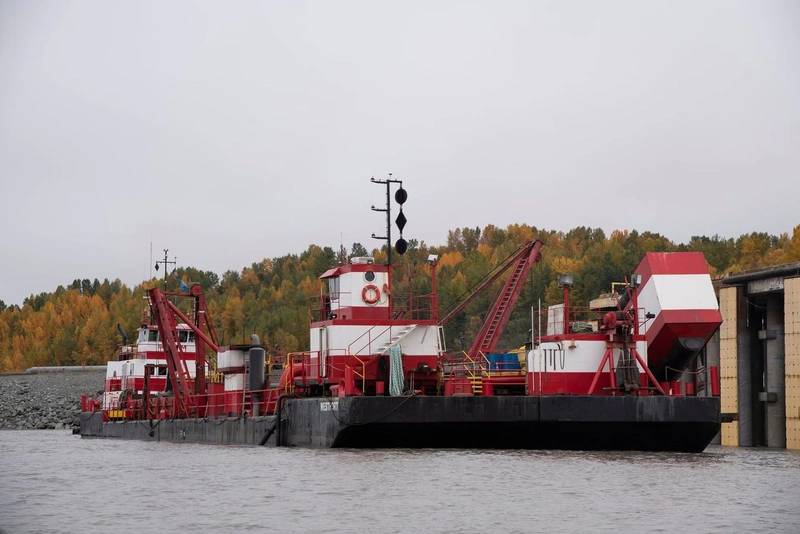 The U.S. Army Corps of Engineers, Alaska District announced dredging in the Port of Alaska commenced on April 1.

Seasonal dredging of the waterway aims to address heavy shoaling at the fuel docks and Terminal 3, the Corps said.

Since the 1960s, the district has operated a dredge at the Port of Alaska to keep Cook Inlet safe for navigation by clearing built-up sediments on the seafloor that prevent large ships from coming through.

This year’s vessel, the Westport, a 2,000-cubic-yard hopper dredge operated by Manson Construction, will clear up to 1.1 million cubic yards of material to assist the estimated 2,400 to 2,600 cargo containers that arrive at the port each week to keep stores supplied with consumer goods.