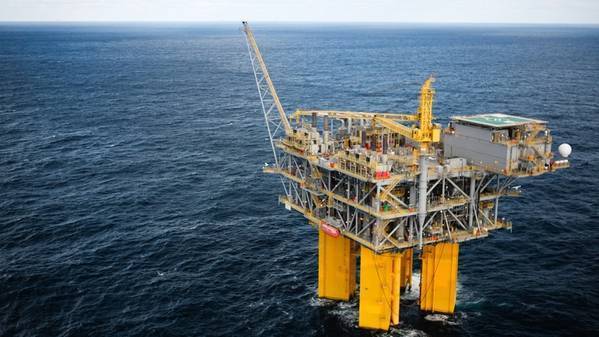 Expectations are growing that BHP Group Ltd will deliver a verdict on the future of its petroleum business at its results next week, as it comes under increasing pressure to cut its fossil fuel footprint.

The world’s biggest miner has been facing calls to detail how and when it will exit fossil fuels, with activist investor Market Forces filing a resolution on the topic this week for annual meetings in October and November.

BHP’s decision this month to approve $802 million in development spending on oil projects in the U.S. Gulf of Mexico – just days before a new report that issued dire warnings about human contribution to climate change – has only ratcheted up pressure from some investors.

Analysts value BHP’s petroleum business, made up of assets in Australia, the Gulf of Mexico, Trinidad and Tobago and Algeria, at $10 billion to $17 billion. The division contributed 5% of BHP’s underlying earnings of $14.7 billion in the first half to end-December, compared with 70% for iron ore.

Investors are split on their fit within BHP’s portfolio, especially as the company focuses on new economy materials such as copper, nickel and potash.

An exit from petroleum would constitute “a major shift” in BHP’s environmental, social and governance (ESG) credentials and overall strategy towards fossil fuels, Morgan Stanley analyst Rahul Anand said in a recent note.

AUSTRALIA AND THE REST

BHP’s late-life, mainly low-return energy assets in Australia are seen as particularly ripe for a sale amid high oil and gas prices.

“For BHP, if you look at its Australian (energy) assets, if they could exit those in a meaningful way for something approximating value, that would be a good outcome,” said Brenton Saunders, a portfolio manager with shareholder Pendal Group.

Credit Suisse and Citi value the Australian energy assets – including the Bass Strait, Northwest Shelf LNG and the Scarborough gas field – at $3 billion to $5 billion.

Woodside Petroleum Ltd is seen as the most logical buyer as they would boost its free cash flow and increase its stakes in key projects, although not all investors favour such a tie-up given the asset mix and likely need for an equity raising.

BHP would also have to take a discount on any sale given some heavy decommissioning liabilities, said Credit Suisse analyst Saul Kavonic, although a sale could boost its ESG rating and attract new shareholders.

“BHP could sell these for discounts but still increase share value though a re-rating on the rest of their business,” he said.

The most valuable are its stakes in oil fields in the Gulf of Mexico, valued at $10.4 billion by Wood Mackenzie, which made up about 25% of the company’s 103 million barrels of oil equivalent output the year to June 2021.

“The rest of the portfolio, there are parts that are high growth, high returning. They’ve done a lot of work on them and shareholders have had to wear some of the bad times. They are good assets,” said Pendal Group’s Saunders.

BHP is due to deliver its annual results on Tuesday at 0700 GMT.