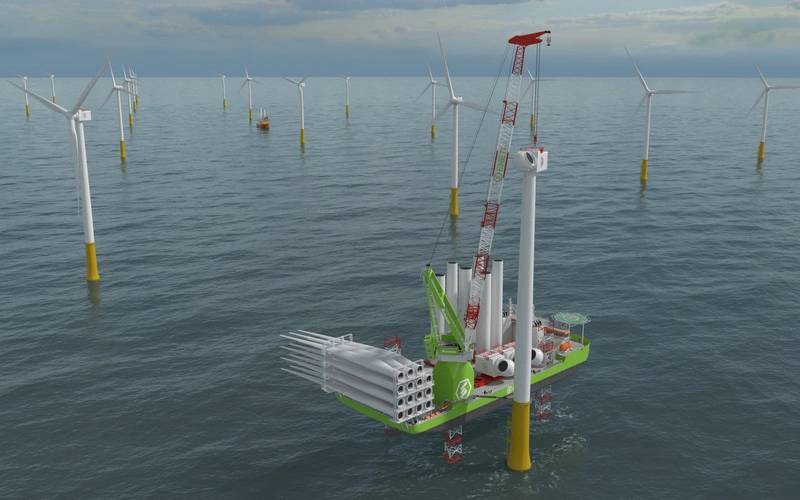 “The new Leg Encircling Crane has a 147-meter long boom, capable of reaching 170 meters above deck. With its 2,600mt lifting capacity, the crane will be able to install up to 20MW turbines, which are expected to come to the market in the near future,” the Dutch-based Huisman said.

Huisman will design, engineer, and build the crane and pedestal adapter at its production facility in Zhangzhou, China.

Commissioning and testing of the crane is scheduled for 2023 at the DSME shipyard in South Korea. The contract also includes the optional delivery of a second crane by Huisman, in case Eneti exercises the option it has for the construction of the second identical WTIV with DSME.

Eneti, formerly known as Scorpio Bulkers, in May ordered one Wind Turbine Installation Vessel from DSME at a purchase price of $330 million. The vessel is expected to be delivered in early Q3, 2024. The vessel is an NG-16000X design by GustoMSC, an NOV subsidiary.

The offshore wind installation vessel will be able to install giant wind turbines at depths of up to 65 meters of water.

Eneti, established after Scorpio Bulkers decided to sell its bulker vessel fleet to focus on offshore wind, in June also shared its U.S. offshore wind ambitions, which would call for U.S.-built vessels.

The company at the time said it was advanced discussions with several American shipbuilders for the construction of its own Jones Act-compliant Wind Turbine Installation Vessel.

“This vessel would be constructed, financed, and operated by American citizens in compliance with the Jones Act, in order to address the heightened demand for transportation and installation capacity on the Continental Shelf of the United States,” Eneti said in June.