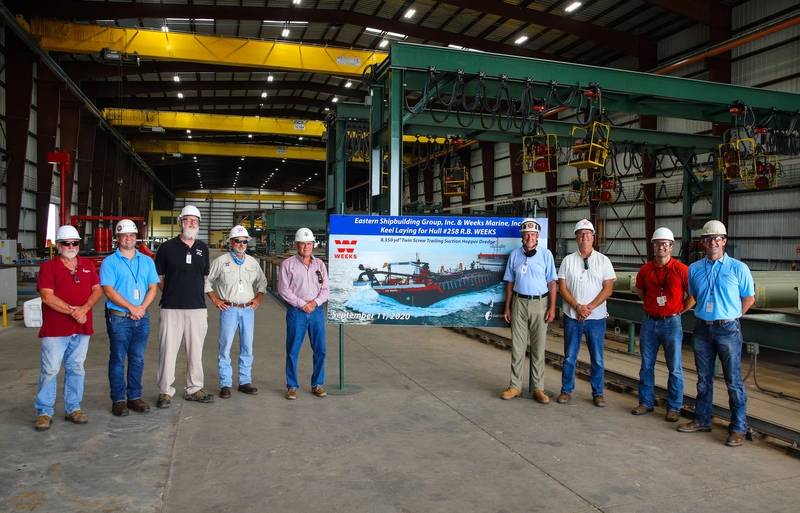 R.B. Weeks is the second TSHD Eastern is building for the Cranford, N.J.-based marine construction and dredging contractor, following the Magdalen delivered in December of 2017.

The R.B. Weeks is named in honor of Richard B. Weeks, a co-founder of Weeks Marine and husband to Magdalen Weeks, the namesake of the previously delivered sister vessel.

A number of new dredgers are currently under construction at shipyards across the United States, including hopper dredges for Great Lakes Dredge and Dock and Manson Construction being built at Conrad Shipyard and Keppel AmFELS respectively. Cutter suction dredges are also being built for Mike Hooks and Callan Marine at Mobile Pulley Works and Halimar Shipyard respectively, and Royal IHC said it will build a new dredge for the North Carolina State Ports Authority at an unnamed U.S. shipyard.