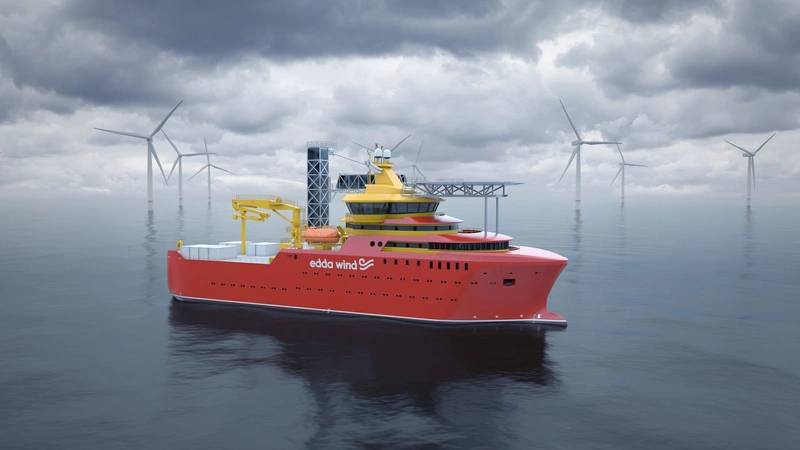 Offshore wind vessel firm Edda Wind said Wednesday it had won a contract to support the commissioning and construction of the first two phases of the giant Dogger Bank wind farm in the UK.

The new contract will begin shortly after delivery of the commissioning service operation vessel in Q2 2023, with a firm period of two years and an additional option of one year, said the company which is jointly owned by Johannes Østensjø dy AS and Wilh. Wilhelmsen Holding Invest AS.

“The vessel will have 100% utilization during the two-year period, being the only CSOV engaged all year round in the commissioning phase of Dogger Bank,” Edda Wind said.

The Dogger Bank wind farm – which will once be completed, be the largest in the world – is located more than 130km off the North East coast of England, where the first two phases were sanctioned in 2020, with the first phase due to start commercial operations from summer 2023.

All three phases of the project will make up the world’s largest offshore wind farm, with an installed capacity of 3.6GW – capable of powering 6 million UK homes.

“Edda Wind’s CSOV will enable the utilization of the world’s largest turbines, the first time they will be installed anywhere in the world,” Edda Wind said. For the two phases, GE will deliver 190 Haliade-X 13MW offshore wind turbines, split evenly at 95 turbines for each of the two phases. For Dogger Bank Phase C, which has yet to be sanctioned, GE has been selected as a preferred supplier, too.

This phase, while expected to be 1.2 GW, the same as the first two, will have fewer wind turbines installed. Namely, GE will deliver an “uprated” version of the Haliade-X turbine type, with a 14MW capacity.

Commenting on the CSOV contract award, Kenneth Walland, Edda Wind CEO said: “We are thrilled to be awarded the new contract, and we feel honored that Dogger Bank Wind Farm has selected Edda Wind to enable their ongoing development of the wind farm.

“We look forward to delivering safe and efficient operations to new and exciting clients. Our advanced and environmentally friendly vessels will help our clients lower their operational expenditures and reduce the carbon footprint of their wind farm projects.”