Edison Chouest Offshore’s plug-in hybrid service operations vessel (SOV) will be the first in the US offshore wind sector capable of sailing partly on battery power.

The vessel will accommodate up to 60 wind turbine technicians and will be utilized for operations and maintenance of the Empire Wind 1 and Empire Wind 2 offshore wind farms. The charter agreement has a fixed period of 10 years, with the start in the mid-2020s.

The US-flagged vessel will be Jones Act compliant and have its home port at the South Brooklyn Marine Terminal (SBMT) in New York. The SOV will be constructed with components from ECO’s supplier base across 34 US states.

ECO estimates that this will generate over 250 high-skilled US jobs during vessel construction.

The plug-in hybrid vessel will be the first in the U.S. capable of sailing on battery power for portions of the route. The SOV will sail into the port of SBMT on battery power, recharge the battery using shore power and sail out of New York Harbor. The hybrid vessel is certified to “tier 4 emissions standards”, reaching the highest standard for marine applications.

Equinor and BP’s agreement with Edison Chouest will generate ripple effects throughout the supply chain, creating jobs in numerous states across the country, Equinor said.

When completed, Empire Wind 1 and 2 will power more than 1 million New York households. 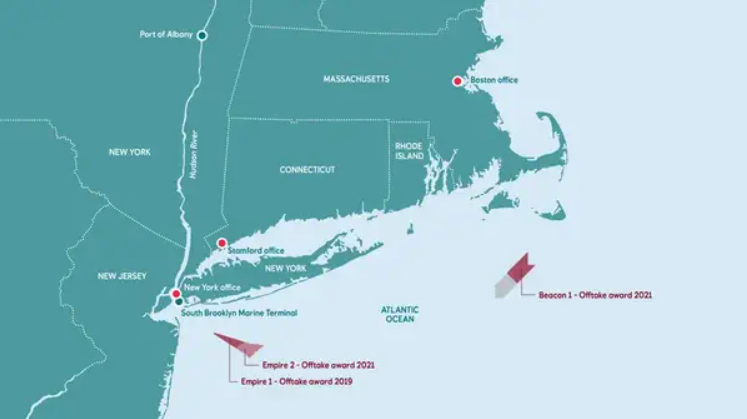