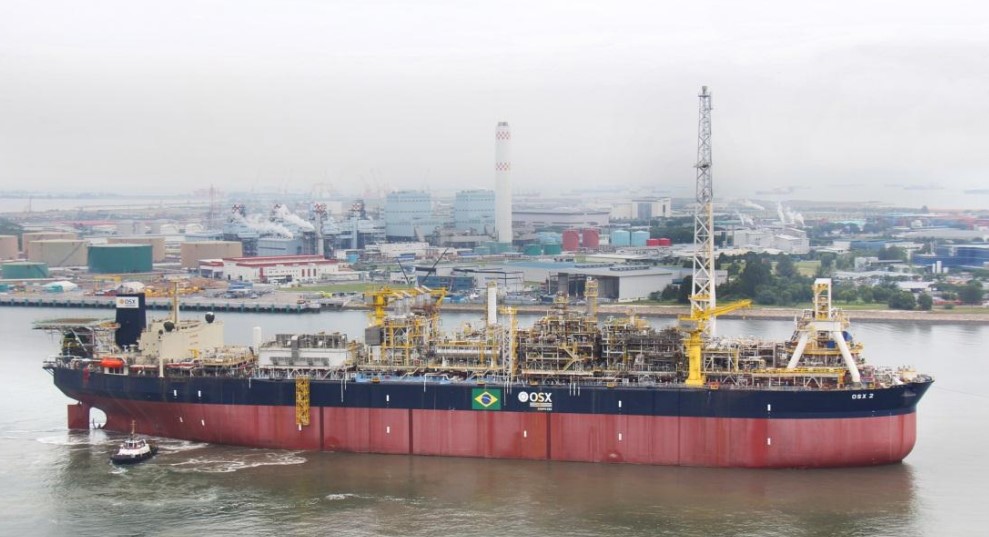 Brazil’s oil and gas company Enauta has entered into an agreement for the purchase of FPSO OSX-2 for the Definitive System (DS) of the Atlanta field located offshore Brazil.

The completion of the acquisition through an indirect subsidiary, which is contingent on compliance with the agreed contractual conditions, should occur in the first quarter of 2022, Enauta informed on Monday.

Enauta CEO, Décio Oddone, said: “The acquisition of FPSO is another important step towards the implementation of the Definitive System of the Atlanta field. The negotiated terms allow the project to have a low breakeven and attractive returns. If we are successful in sanctioning the project, Atlanta’s production will reach around 50 thousand barrels of oil per day as of 2024, creating substantial value for our shareholders.”

To remind, Enauta in December 2021 signed a Letter of Intent (LoI) with Yinson related to detailed engineering and long lead item commitments of FPSO OSX- 2. The LoI followed a Memorandum of Understanding from August 2021, giving Enauta an exclusive purchase option.

The LoI considered the adaptation of the FPSO unit by Yinson through an EPCI contract, with warranty and Operation and Maintenance (O&M) for 24 months. The FPSO acquisition and adaptation cost will be around $500 million. In addition to the unit, the capex related to well drilling and subsea equipment is estimated at $500-700 million.

Located in the Santos Basin, the Atlanta field is operated by Enauta Energia S.A., a wholly-owned subsidiary of the company, which also has a 100 per cent interest in this asset. The field is producing since 2018 through an Early Production System (EPS) – comprising three wells connected to the FPSO Petrojarl I. Last week, Enauta signed agreements with Altera to extend the charter, operation, and maintenance of Petrojarl I FPSO. The agreements will have an additional duration of up to two years.

Earlier in January, the production from the field was shut down to complete the repair of a production line on the Petrojarl I FPSO. Repairs were completed last week. However, the occurrence of a Covid-19 outbreak in the unit led to a lockdown on the unit, hampering production restart.

In a separate update on Monday, Enauta confirmed it has resumed production in the Atlanta field after the preventive stoppage for inspection and repair of a production line of FPSO Petrojarl I. The start of the second well awaits identification and repair of electrical system failure. The field is producing around 4,000 barrels of oil per day.