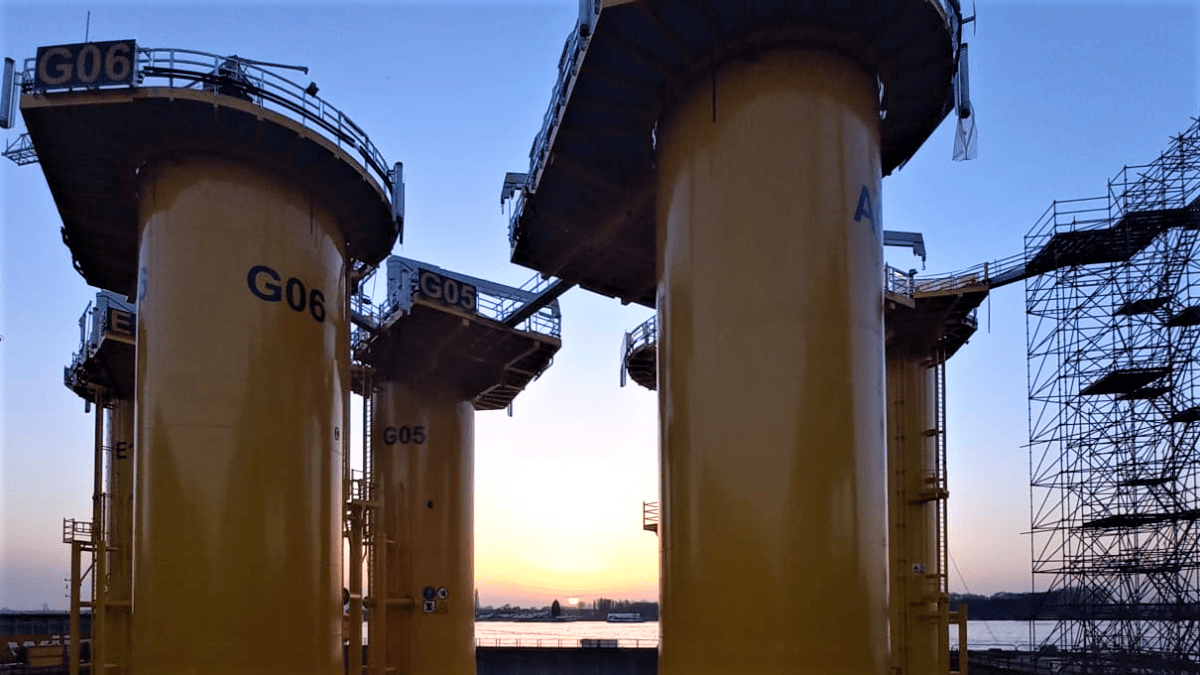 Endiprev has carried out the installation test for the 480 MW Saint-Nazaire project, set to be the first commercial-scale wind farm installed in French waters.

Endiprev France concluded the installation test in the Antwerp Port, during which the team investigated if the T1 and the transition piece fit perfectly.

Over three weeks, the company said its team identified and corrected any deviations encountered, and was able to test everything from the structural steel to bolt tightening and cable connections.

Now that the installation test is finished, it is time to install the foundations and their connection submarine cables, Endiprev added.

Saint-Nazaire, also known as Parc du Banc de Guérande, will comprise 80 GE Haliade 150-6MW turbines located between 12 and 20 km off the coast of the Guérande peninsula.

The 480 MW project is scheduled to be operational in the summer of 2022.