Oil and gas company Energean has said it has completed its acquisition of Edison Exploration & Production from Edison.

The gross consideration for the transaction, as at the locked box date of 1 January 2019, is $284 million and the final net consideration (net of cash acquired), as of today, is $203 million.

To remind, under the original terms of the transaction signed in 2019, Energean was to pay $750 million to buy Italy-based Edison’s oil and gas subsidiary Edison Exploration & Production, and a $100 million following first gas production from the Cassiopea development in Italy.

However, the agreements were later reached to reduce the price due to the market situation, as well as to exclude several assets from the deal, leading to an even lower final price.

Commenting on Thursday, Mathios Rigas, CEO of Energean, said: “Completion of our acquisition of Edison E&P marks a key milestone along our path to becoming the leading independent, gas-producer in the Mediterranean and significantly advances us towards our goal of delivering material free cash flows and shareholder returns in a sustainable way.”

Energean said the deal diversifies the company into 9 countries of operation and provides a range of organic growth opportunities. Also, the purchase increases the company’s 2P reserves and 2C resources to in excess of 850 mmboe, around 70% of which is gas.

Further, Energean said the deal provided a clear path to the production of 130,000 boepd once its flagship Karish offshore gas field in Israel is on stream, which is expected to occur in the fourth quarter of 2021.

In a separate statement earlier on Thursday, Energean said it had struck deals to sell 0.4 Bcm/yr of gas for terms of between 6 and 15 years starting from the first gas from the Karish gas development project. 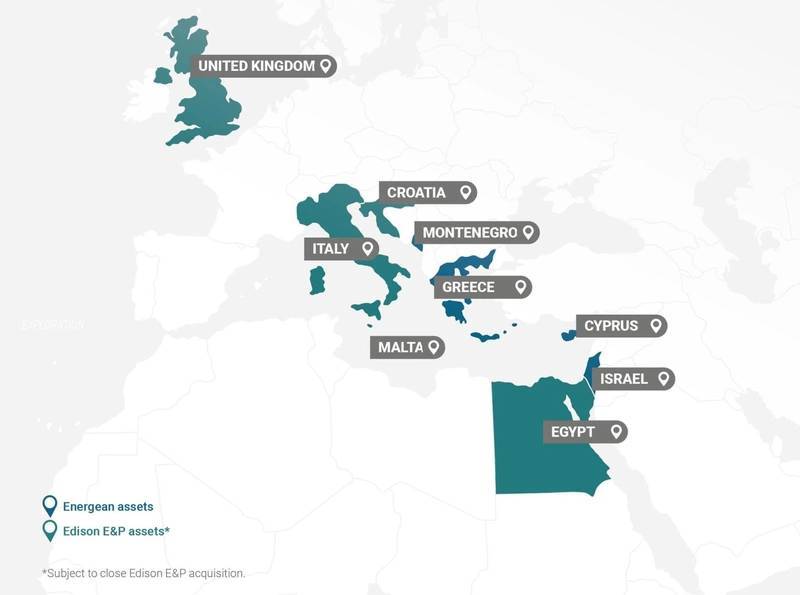