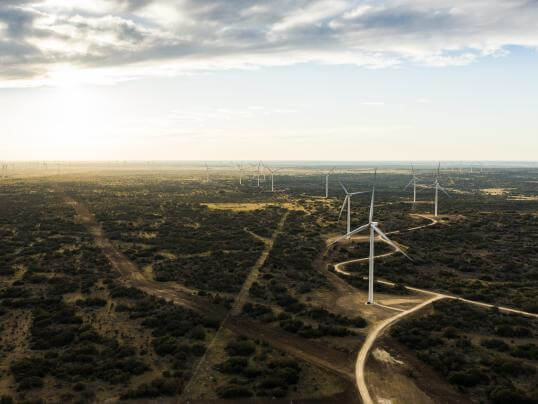 ENGIE North America says its Houston headquarters is under contract for renewable energy from one of its own Texas wind projects.

Beginning in May and running through 2028, the 25-story tower will offset 100% of its electricity consumption with the purchase of energy and renewable energy credits from ENGIE North America’s Live Oak wind project. The company recently entered a retail energy supply agreement for approximately 5,747 MWh annually from the wind farm.

“ENGIE’s role is to show that focusing on the planet and people creates long-term value,” says Bill Collins, interim CEO at ENGIE North America. “We partner with customers to help them integrate energy solutions that are cleaner, more efficient and reliable. It makes sense for us to power our own headquarters with renewable energy coming from our own projects right here in Texas.”

ENGIE North America is the developer, owner and operator of the Live Oak wind project. Live Oak (which is owned in partnership with an affiliate of John Laing Group plc) is a 200 MW project that is located near San Angelo, Texas. ENGIE North America added nearly 2GW of renewable energy in the U.S. in 2020, a major contribution to ENGIE’s global goal of 9 GW from 2019-2021.

Acting as an advisor on the agreement is Amerex Energy Services, the retail consulting division of Amerex Brokers LLC, which is a wholly owned subsidiary of BGC Partners Inc.