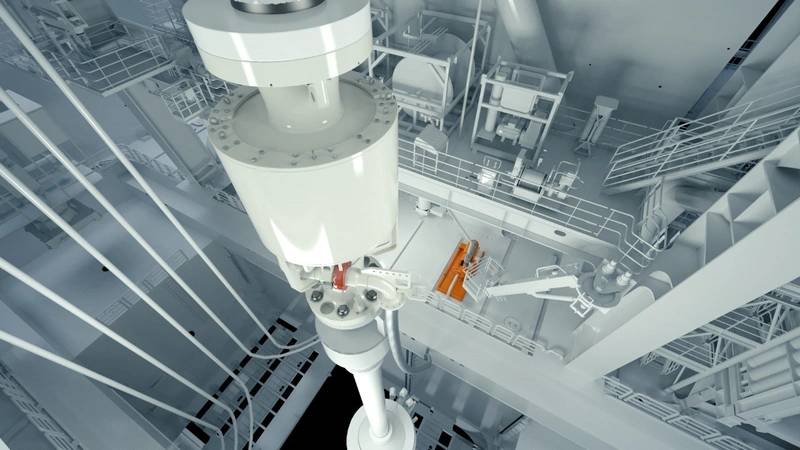 According to Enhanced Drilling, the system eliminates the external effects of rig and slip-joint motion, to give a highly accurate return volume flow measurement enabling rapid detection of flow anomalies, resulting in reduced time spent on flow-checking.

In its simplest form, Enhanced Drilling said, the system can be described as an inline trip tank, where a flow spool is placed directly below the diverter housing. The fluid returns enter the flow spool and are pumped out by a VFD-driven pump skid and back to the rig flowline.

By continuously measuring the slip-joint position and correcting for the associated volume changes, the system allows continuous flow monitoring during all well stages to accurately show well stability, quickly alerting users and systems to kick/loss events.

With external influences being eliminated, false indications can be removed and tighter alarm parameters can be used. An intuitive User Interface removes the need for human interpretation and reduces the driller’s cognitive load, Enhanced Drilling said.

“The EKD system was successfully tested and qualified in a comprehensive test program that included simulation of historical real-life kick events at Enhanced Drilling’s testing facilities in Straume, Norway in the autumn of 2020,” Enhanced Drilling added.

According to the company, the testing went on for several months and culminated with the system enabling detection of gain and loss within 2 minutes at inflow rates of 10 lpm / 2.5 gpm with 6000 lpm / 1500 gpm pumping flowrate and more than -+ 2 m/ 7’ of heave.

Enhanced Drilling CEO Kjetil Lunde said: “We are very pleased to announce the launch of the EKD system. This development represents the next step in Enhanced Drilling’s technology journey as we continuously aim to deliver competitive technology for our clients.”