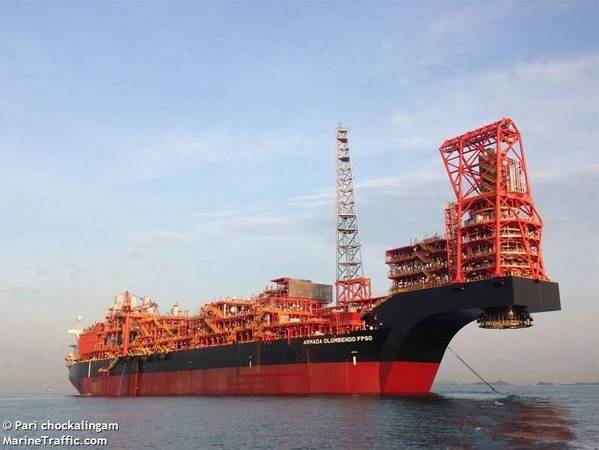 Italian oil firm Eni said Friday it had recently started production from the Cuica field offshore Angola. The company is producing oil from the field via the Armada Olombendo FPSO.

Production started on July 30, 2021, just over 4 months from discovery. To remind, when it first announced the discovery, Eni said the field would be developed within a six-month period.

The Cuica field was discovered by the exploration well Cuica 1 in March 2021. It is located in a water depth of 500 meters, some three kilometers from the Armada Olombendo FPSO.

The Armada Olombendo FPSO has a production capacity of 100,000 barrels of oil per day. Apart from Cuica, the FPSO is now receiving and treating the production of Cabaça, Cabaça South East, and UM8 fields for a total of 12 wells and 5 manifolds at a water depth ranging from 400 to 500 meters. The Olombendo FPSO will also receive production from the Cabaça North field in 4Q 2021.