Italian oil and gas company Eni has made a new light oil discovery in Block 15/06, in Angola’s deep offshore.

Eni said Tuesday that the well was drilled on the Cuica exploration prospect located inside the Cabaça Development Area and close to the Armada Olombendo FPSO (East Hub), in line with the company’s strategy to pursue drilling opportunities near existing infrastructure.

Eni said that the drilling operation resulted in an oil discovery with a size estimated between 200 and 250 million barrels of oil in place.

“The Cuica-1 NFW has been drilled as a deviated well by the Libongos drillship in a water depth of 500 meters, and reached a total vertical depth of 4100 meters, encountering an 80 meters total column of reservoir of light oil (38°API) in sandstones of Miocene age with good petrophysical properties. The discovery well is going to be sidetracked updip to be placed in an optimal position as a producer well. The result of the intensive data collection indicates an expected production capacity of around 10,000 barrels of oil per day,” the company said. 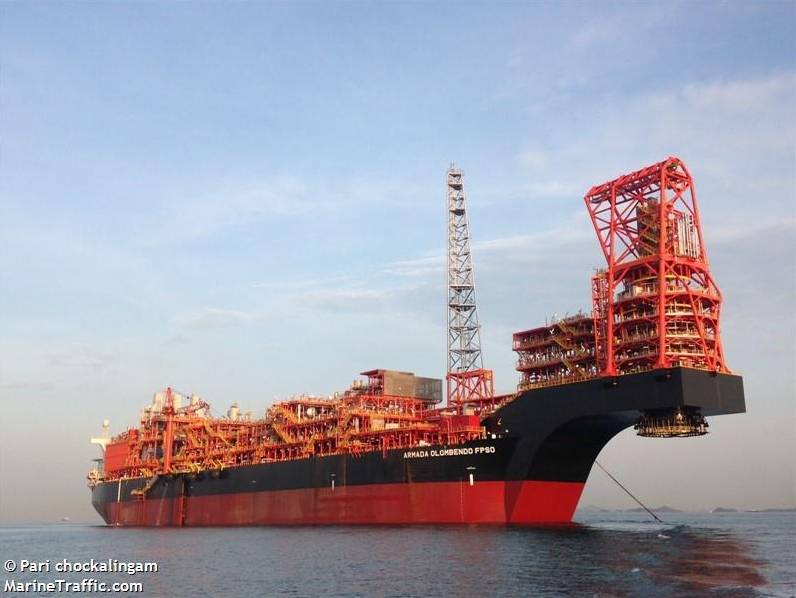 Cuica is the second significant oil discovery inside the existing Cabaça Development Area.

“The well-head location, intentionally placed close to East Hub’s subsea network, will allow a fast-track tie-in of the exploration well and relevant production, thus immediately creating value while extending the Armada Olombendo FPSO production plateau. It is expected that production will start within six months after discovery,” Eni said.

After the discoveries of Kalimba, Afoxé, Ndungu, Agidigbo, Agogo and appraisals achieved between 2018 and 2020, Cuica represents the first commercial discovery in Block 15/06 after the re-launch of the exploration campaign post-2020 COVID-19 pandemic and the drop of oil price, Eni said.