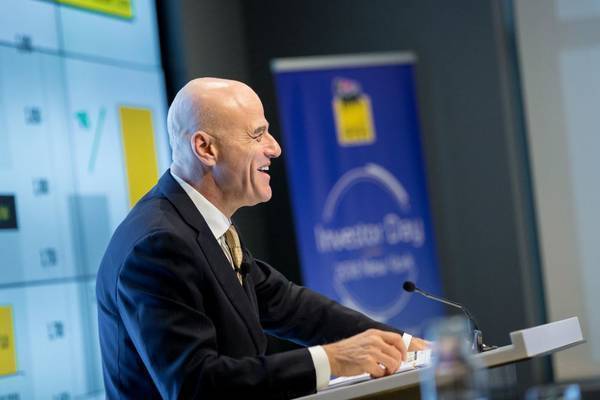 Italian energy group Eni beat expectations by swinging into a profit in the fourth quarter thanks to firmer oil prices, after posting a loss for the full-year 2020 when demand plunged because of the coronavirus crisis.

Eni said it recorded an adjusted net profit in the fourth quarter of 0.66 billion euros ($798 million), beating an analyst consensus provided by the company of a loss of 0.04 billion euros. It posted a third-quarter loss of 0.15 billion euros.

For the full year, it reported a loss of 742 million euros compared to a 2.876 billion euro profit in 2019 after what Eni Chief Executive Claudio Descalzi said had been “a year like no other in the history of the energy industry”.

The unprecedented fall in demand triggered by the COVID-19 pandemic led bigger European rivals Shell and BP and U.S. majors Exxon Mobil and Chevron to report heavy losses for the year.

Eni said production in the period fell 11% to 1.713 million barrels of oil equivalent per day but the company said full-year production was in line with target.

“Through leveraging the actions we put in place, our 2020 adjusted cash flow … was able to finance our capex, with a surplus of 1.7 billion,” Descalzi said.

Eni, like other European peers, is cleaning up its business as investors crank up pressure on the oil and gas sector to fight climate change.