Posted by tesla@jabvertising.com on July 6, 2021 | Featured 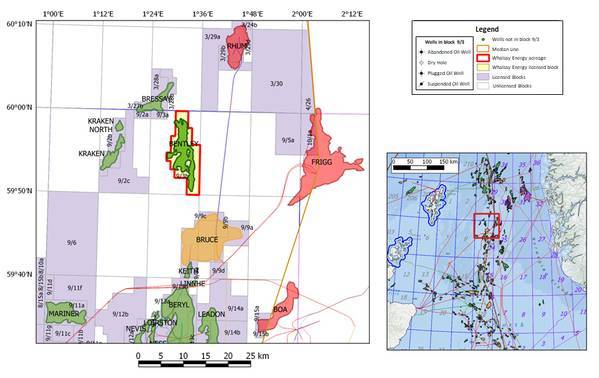 UK-based oil and gas firm EnQuest has completed the acquisition of the Bentley oil field from Whalsay Energy.

Back in April, EnQuest said it has signed a share purchase agreement (SPA) to purchase Whalsay Energy’s 100% equity interest in the P1078 license containing Bentley, one of the largest undeveloped oil fields in the U.K. North Sea.

Bentley, in Block 9/3b, is located in 113 meters water depth, 150 kilometers east of the Shetland Islands. Whalsay estimates stock-tank oil initially in place (STOIIP) of about 900 MMbbls.

The field was discovered in 1977 and has been appraised through the drilling and testing of six further wells and two sidetracks, including extended well tests in 2012 which delivered production rates of around 3,500 bopd and an average of around 2,600 bopd over a 68 day well test.

EnQuest said in April the transaction would be effected through the acquisition of Whalsay’s subsidiary, Whalsay Energy Limited (WEL) which holds the license as its only asset, on a cash, liability, and debt-free basis.

On completion, EnQuest will fund certain accrued costs and obligations of WEL, expected to amount to less than $2 million. No other upfront consideration is payable. EnQuest will make deferred payments to Whalsay based on future revenues generated by WEL which are capped at $40 million.

EnQuest on Tuesday said it had completed the transaction to acquire the entire 100.00% equity interest in the P1078 licence containing the Bentley heavy-oil discovery from Whalsay.