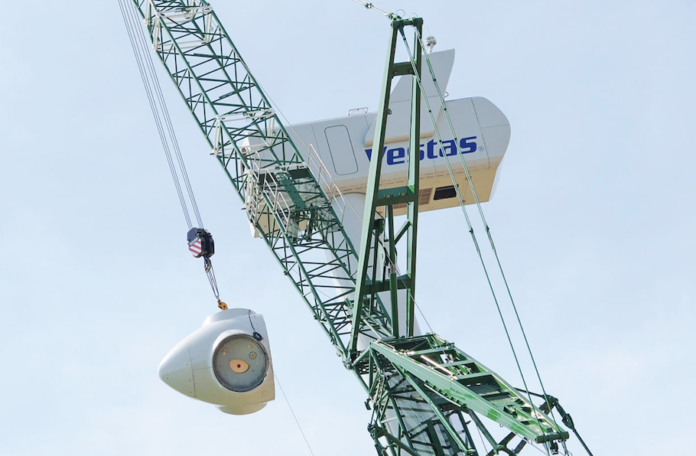 Eolus, a wind power developer, has signed an agreement with Cubico Sustainable Investments regarding the sale of the Wind Wall 1 wind farm located near Tehachapi, Calif.

Wind Wall 1 is the first wind project developed, financed and constructed in the U.S. by Eolus. Eolus will transfer the project company to Cubico at closing.

The project is supported by a 15-year power purchase agreement with construction financing arranged by Eolus. Construction is well advanced – Wind Wall 1 is expected to be commissioned during fall. Wind Wall 1 will consist of 13 Vestas V126 wind turbines with a total installed capacity of 46.5 MW.

“It is fantastic to bring new life to Wind Wall with modern turbines, a project that earlier consisted of hundreds of Vestas V17 90 kW turbines built in the mid-80s,” says Hans-Christian Schulze, country manager of North America at Eolus. “This is an important milestone for Eolus in California and in the U.S. Without our team and continued support from our partners, such as Vestas, Signal and Swedbank, it would not be possible to make this a reality.”

As part of the agreement with Cubico, Eolus has been entrusted to provide technical, operational and administrative services for the wind farm to maximize outcome and production from the facility.

The transaction is subject to fulfillment of several conditions before closing.