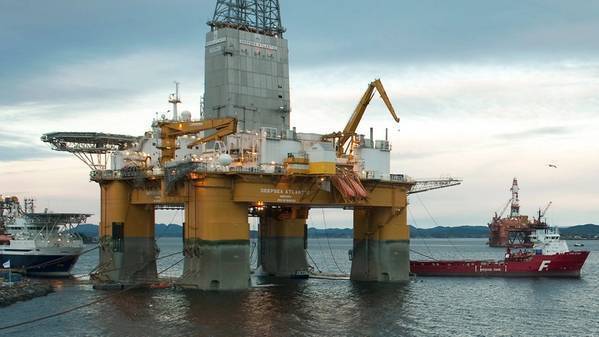 The offshore drilling company said Monday: “Further to our press release on 17 March 2021 regarding more work for Deepsea Atlantic, please be advised that Equinor has exercised one additional well to the rig.

Equinor exercised the well option under the “Continued Optionality” mechanism in the contract entered into between the two companies in May 2018, as part of the overall Master Frame Agreement.

The work will begin after the completion of the current scope estimated to be in Q3 2021. Bassoe Offshore has estimated the duration of the latest one-well contract to be 45 days, at a dayrate of around $280000.

The two companies in November 2020 signed a contract for the use of the Deepsea Atlantic rig on Equinor’s Johan Sverdrup Phase 2 field development in the North Sea, off Norway.

Under the terms announced in November, the contract for the use of the Deepsea Atlantic drilling rig on the Johan Sverdrup was for twelve firm wells plus five optional wells. Equinor has since exercised options for five wells, including the one announced Monday.

In a separate statement on Monday, Odfjell Drilling said it had secured a one-year contract extension for its Deepsea Nordkapp offshore drilling rig with the Norwegian oil firm Aker BP.